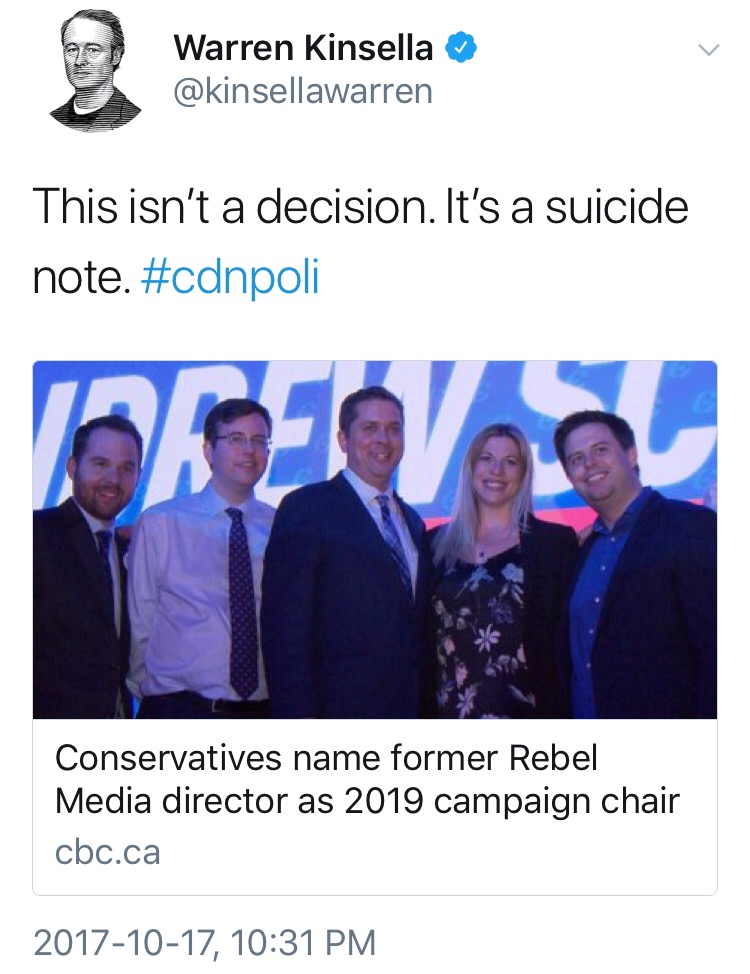 It’s been several hours, and I still think this is the stupidest political move I’ve seen in months – and that’s saying something. Why, you ask?

This isn’t a decision. It’s a suicide note. #cdnpoli https://t.co/ahrI7jT2bO

Hear that sound? That’s the sound of Messrs. Trudeau and Singh dancing a jig, still astonished by their continuing good luck.