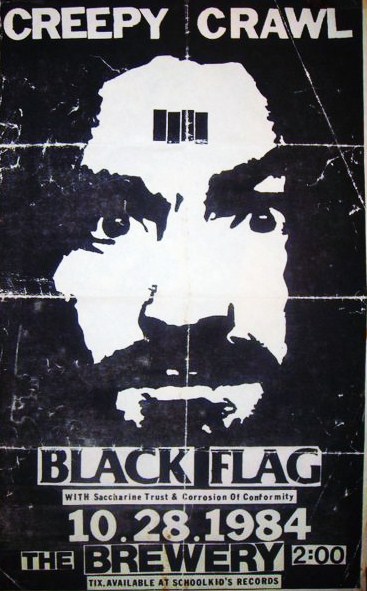 This revelation first came out about seven years ago, but I missed it.  In the wake of Manson’s (deserved, overdue) death, it has come out again: Henry Rollins produced an album with Charles Manson.

In the punk scene, there were always some idiots around who idolized murderers.  Sid Vicious, for example, stabbed his girlfriend to death, but he still has a big following.  The Subhumans’ Gerry Useless served time for being part of a gang that bombed people, but some punks think that’s a-okay.  And don’t get me started on the punks – like Johnny Rotten – who thought it was fine to wear swastikas, the very symbol of mass murder.

As the guy who first brought (pre-Rollins) Black Flag to Calgary, I cannot tell you how disappointed and revulsed I am by the news that Henry Rollins – someone I always considered thoughtful – would collaborate on anything with Charles Manson.  But he did.

As I always tell my kids: never have heroes.  They always fucking let you down.