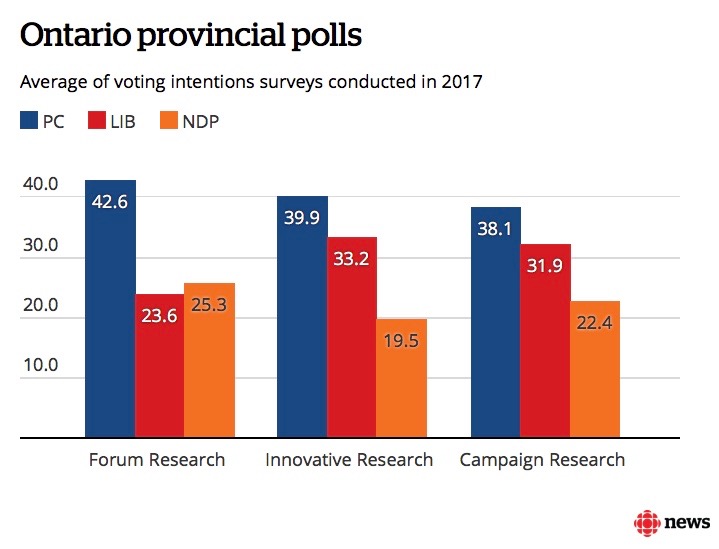 Who is going to win the Ontario election?

CBC News’  guy, Eric Grenier, has poked through the entrails.  His column is here.  His chart averaging the main provincial pollsters is below. 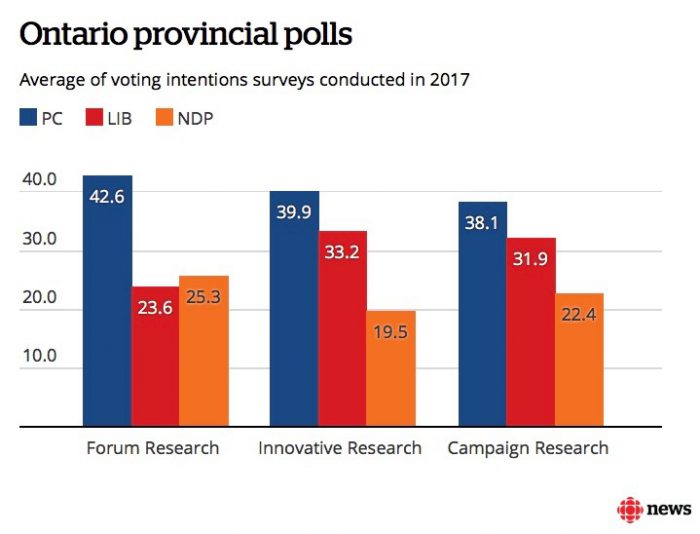 I like people in politics who say “I don’t know,” so I like Grenier. He’s saying he doesn’t know who is going to win in June.

I don’t know either.

I’ve worked with the guys behind Campaign Research and IRG.  They’re really smart and effective.  But I still can’t tell you who is right.

Here are the variables that I think will affect the outcome.

Anyway.  I could go on (and God knows that I often do), but all of this is to say: I think Brown has the pole position, but the polls say the other two are still pretty competitive.

What do you think, O Smart Readers? Prognosticate away!