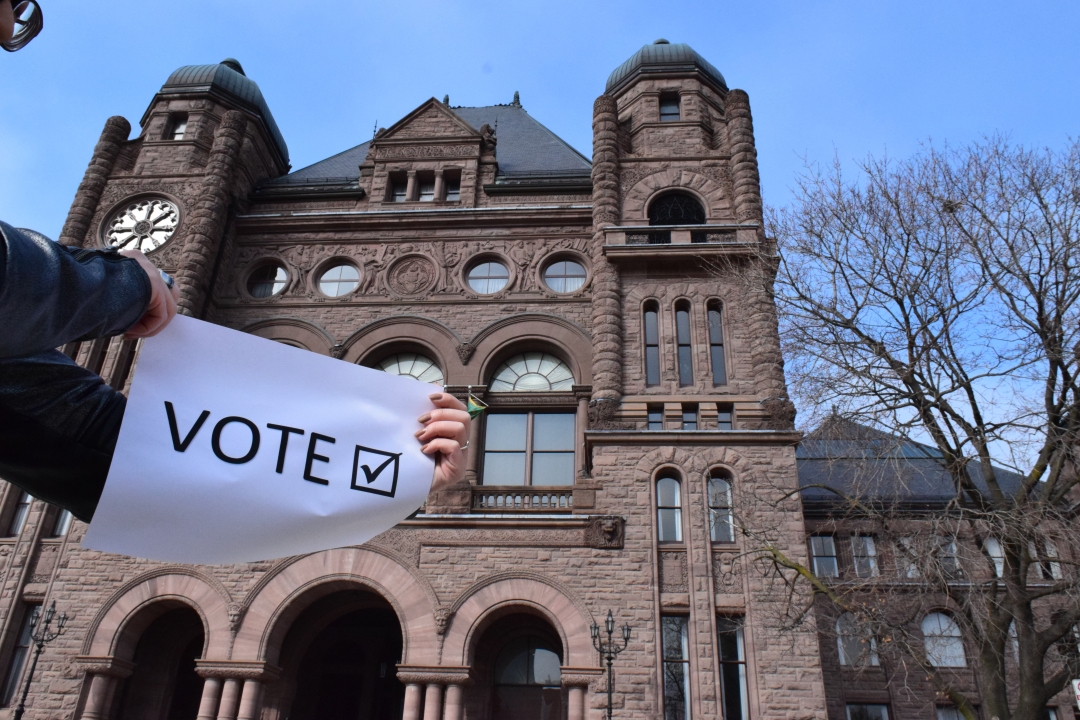 Column: the Ontario election is in 73 days. Who’s gonna win it?

The Patrick Clown Show continues to be the biggest political story in Canada – but the biggest provincial conservative party, the Ontario PCs, are still competitive.

The papers are brimming with stories about Patrick Brown. For instance: on Wednesday morning of last week, out of 13 provincial-politics-related clippings landing on staffers’ desks at Queen’s Park, fully 12 were about the man-boy who wants to lead a PC caucus that wants nothing to do with him.

Amazing, no? Welcome to the Trump polling era, folks: wherein a party’s brand can be linked to sexual assault, corruption and appalling behaviour – and still be way ahead. Way, way ahead.

So what accounts for it? No less than three much-cited polling firms are confidently predicting that the Ontario Progressive Conservatives will win a majority if they pick Christine Elliott, Caroline Mulroney or Doug Ford (with Elliott providing the biggest electoral payoff). How can this be?

Two reasons, in this scribe’s opinion. (And neither have to do with corruption or scandal. Scandal stuff suppresses voters, sometimes. But it doesn’t motivate voters.)

One: change, versus more of the same.

That was the ballot question in 2003, when Dalton McGuinty scored a massive majority win – and helped to elect a newcomer named Kathleen Wynne: change. “Choose change” was the pithily brilliant slogan selected by Don Guy and Laura Miller in 2003, and it worked. Bigly.

It worked a decade before that, too, for Bill Clinton. Those words were affixed to the war room wall in Little Rock by the legendary James Carville: “change versus more of the same.” When that is the frame for an election, Carville later told me, the challenger will always beat the incumbent. Always.

That, increasingly, is the frame here in Ontario. That’s what the aforementioned polls clearly say, too.

This theory holds that Ontario voters prefer to have different teams occupying the government benches in Toronto and Ottawa. So, when the wonderful Liberal Pierre Trudeau ruled the roost in Ottawa, Progressive Conservative Bill Davis dominated here in Toronto. In the glorious, great Jean Chretien federal years, the NDP’s Bob Rae and the PC’s Mike Harris and Ernie Eves presided over the Ontario provincial scene. And, shortly after McGuinty commenced his near-decade-long hold on power, Stephen Harper would commence his near-decade-long hold on power, too.

Some pundits and prognosticators dispute the Kinsellian Alternation Theorem™, but none of them know what they’re talking about, as usual. The minute Justin Trudeau scored a huge win in 2015, Kathleen Wynne started to track ever-downwards. She is now (and has been for some time) the least-popular Premier in Canada.

Whether it’s alternation, or choose change, one thing can’t be disputed: the 2018 Ontario election is kicking off 73 days from today.

And, the Patrick Clown Show notwithstanding, the Ontario PCs are still the ones favoured to win it.