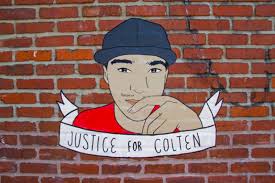 Sub judice and a dead boy

On Friday night, in Calgary, I spotted tweets by the Prime Minister of Canada and the Minister of Justice about the verdict in the trial of the “man” who shot Colten Boushie in the back of the head with a semi-automatic handgun at point-blank range. It was, for the record, an appalling, disgusting, truly unjust verdict.

The Prime Minister and the Minister of Justice, however, decided to offer comments on the verdict and the victim. They did this before the Crown had made a decision on an appeal.

On Saturday morning, I raised the matter with my class at the University of Calgary’s Faculty of Law. To a one, my students expressed tremendous sympathy for the young victim and his family. To a one, they also expressed concern – as I did – that the Prime Minister of Canada (generally) and the Minister of Justice (specifically) would comment while there was still the possibility of an appeal.

“Have Trudeau and Wilson-Raybould harmed the Crown’s position?” I asked.

To answer that, you need to know what the sub judice rule is.

The sub judice rule is a rule of court, a statutory rule, a parliamentary convention, and a practice that has developed in the interaction between media and public officials…

The term subjudice literally means “under judicial consideration” or “before the court or judge for determination.” At its most basic, the sub judice rule prohibits the publication of statements which may prejudice court proceedings.

Our highest court has mainly left it to provincial appeal courts to figure out what the sub judice rule means.  Our provincial courts, meanwhile, have said there must be a clear intent to interfere with a trial.  And/or, there must be a real and substantial risk of prejudice – beyond a reasonable doubt – to the administration of justice.  And/or, if the comments were made in good faith to inform the public about a matter of pressing importance, no contempt finding follows.

Looking at those appeal court rulings, you’d be moved to say that Trudeau and Wilson-Raybould could safely say what they did.  But I’m not sure you’d be right.

That’s because they’re not just individuals – they are the two most senior and powerful lawmakers in Canada.

Here in Ontario, to cite just one recent and local example, cabinet ministers have resigned because they named young offenders.  Those were cases of statutory contempt, however, where there was a clear and written prohibition about naming a young offender.  But what about a situation like the Colten Boushie case?  What do the courts say?

Here’s one case that is right on point:

Comments made by higher level members of government, such as Ministers, may be seen to have more impact. This was illustrated in the case of Director of Public Prosecutions v Wran, in which the Premier of New South Wales stood in front of a court house and publicly stated that an accused was innocent. The Court of Appeal found him guilty of contempt, giving weight to his position as Premier, which would increase the newsworthiness of his prejudicial comments.

My view is that the Prime Minister and the Minister of Justice should not have commented – not because of the sub judice rule, per se, but because of paradox.

This is the paradox: because of their positions – because of the powers with which they’ve been entrusted – Trudeau and Wilson-Raybould may have hurt the very thing they (and most of us) desire: