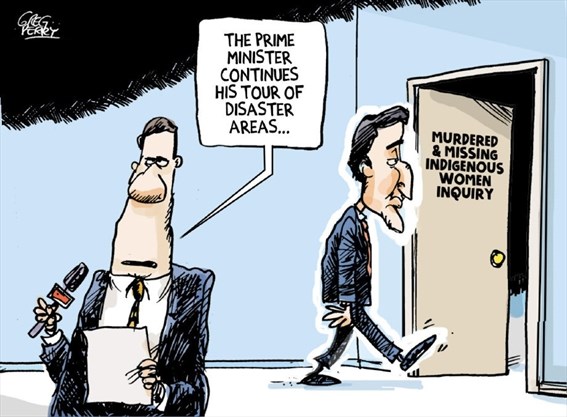 Snippet from next week’s Hill Times column, based on the intrepid reporting of CFRA’s Brian Lilley:

The dirty little contract was discovered by Brian Lilley of Ottawa’s CFRA.  Reports Lilley: “It’s a staggering amount for a contract that only lasts 8 months. The law firm McCarthy Tetrault is being paid $5,320,766.60 in a sole sourced contract. A contract worth almost 10 per cent of the inquiry’s $54 million budget,” he writes.

The clandestine contract was to run from September 6, 2017 and end on May 15, 2018.  It wasn’t put up for competition because, Lilley reported, it supposedly related to “Consulting Services Regarding Matters of a Confidential Nature.”

As such, we still don’t really know why McCarthy Tetrault was handed this sole-sourced, “confidential” sweetheart deal.  We do know, however, the math about the cost.  Lilley worked it out.  “[The] $5.3 million fee is for a contract that lasts just 251 days. That works out to $21,198.27 for each day of the contract. If we assumed a 10-hour work day, that would mean McCarthy’s is billing out at $2,119 per hour.”

Read that again: $2,119 an hour.  Considering that the standard rate is $235 an hour, this contract verges on criminality.