Paikin cleared – and some background

As you all know, I vigorously and passionately support #MeToo. I believe it is the most important socio-political movement since Occupy.

But it is not, and should not ever be, untruthful. In order for it to continue (and the Cosby verdict this week reminded us all why it must), it must be true.

So, I was not at all surprised by the final outcome in the complaint Sarah Thomson made against Steve Paikin.  Her claims were “unsubstantiated,” quote unquote.

I can now reveal that I had a reason for believing her allegations were truly unsubstantiated.  I received the message below from one of you.  It showed Thomson seeking the very evidence she had already said she possessed.  I passed it along to Paikin, because it strongly suggested that she had no evidence to back up what she had already alleged.

Hopefully, a lesson will be learned, here. 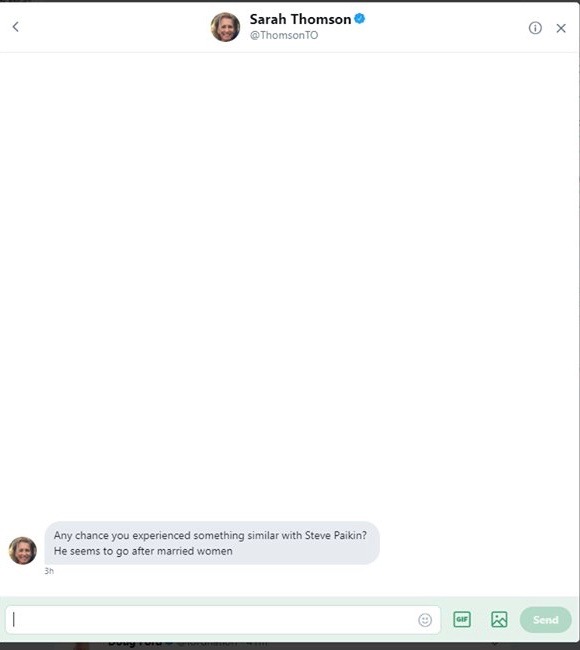