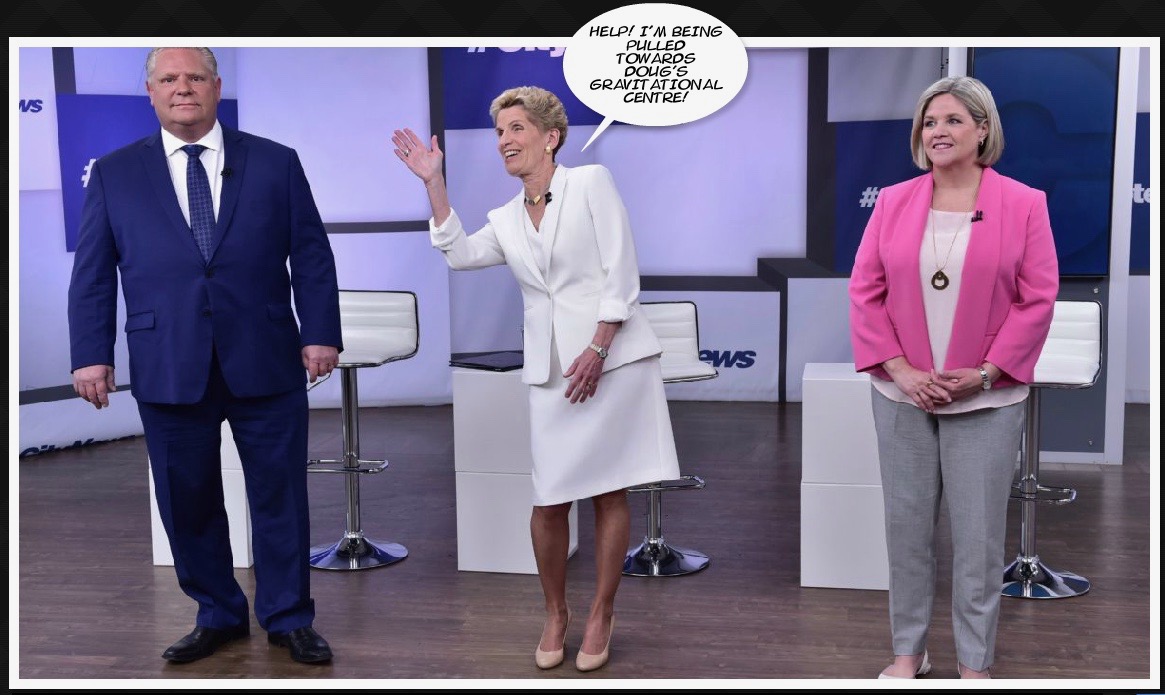 Column: what will Justin do without Kathleen?

What will Justin Trudeau do?

When Kathleen Wynne loses, that is. Because she is going to lose the Ontario election. Badly.

The reasons are myriad. She leads a wildly unpopular government. She’s been the most unpopular Premier in Canada for eons. She should’ve resigned more than a year ago, to give someone else a chance to rebuild. Ego and self-delusion persuaded her to stay.

She was also encouraged to stay by a cabal of self-interested advisors who convinced her that she won in 2014 – when, in fact, it was simply a case of Tim Hudak losing. They were the leftover dregs of Paul Martin’s crew, the ones whose treachery and sophistry consigned the federal Liberal Party to a decade in the wilderness, from 2005 to 2015.

Under Wynne, this inept gang has run the worst campaign in modern Ontario political history.  They cravenly sought to squeeze every last penny out of the Ontario Liberal Party and the provincial treasury. They will leave the former in tatters, with an expected $12 million debt and a puny legislative rump.  Wynne’s campaign wizards are finished.

If she’s lucky, Kathleen Wynne will be, too. If she is lucky, she will lose her Toronto seat on election night. In that way, she will be spared demands that she immediately quit. Her constituents will make the decision for her.

But what of her closest political ally, Justin Trudeau? What does the evisceration of the Ontario Liberal Party mean to him?

It means good things and bad things, in equal measure.

The bad is plain to see.  Kathleen Wynne was Justin Trudeau’s closest provincial ally.  Before she became the most unpopular Premier in Canada, Wynne helped Trudeau on the 2015 election trail.  She lent him staffers, and her cabinet and caucus members, too.

With the Ontario Liberal Party machine reduced to just a few seats – and maybe none at all – it will no longer be around to assist Trudeau in 2019.

If he looks around his office, the federal Liberal leader will know why this is a big problem.  His Chief of Staff, his Principal Secretary – along with several ministerial Chiefs of Staff and senior advisors – all come from Queen’s Park.  Trudeau knows he would not have won power without the support of Ontario Liberals.

Also problematic is who will fill the Premier’s chair.  It is in the interest of Ontario PC leader Doug Ford (and, to a lesser extent, Andrea Horwath) to take on the role of leader of the opposition to Trudeau.  It keeps Ford/Horwath popular with their respective base, and – in Canadian politics – the provincial squeaky wheel usually gets the federal grease.

But, for Trudeau, not all the news is bad.  A Premier Ford or a Premier Horwath almost certainly means a re-elected Prime Minister Trudeau.  Ontario voters are among the shrewdest in Canada.  They rarely – less than ten per cent of the time in the past Century – elect the same party to represent them at Queen’s Park and on Parliament Hill.

Ontario voters like to hedge their bets.  That, in part, is why Wynne’s days were numbered the moment Justin Trudeau won big majority in the Fall of 2015.  And it’s why he’ll likely keep winning as long as a partisan antagonist is ruling the roost at Queen’s Park.

For Justin Trudeau, then, the loss of Kathleen Wynne is a decidedly mixed bag.  There’s good news, and there’s bad news.

For Kathleen Wynne, however, the news is all bad.