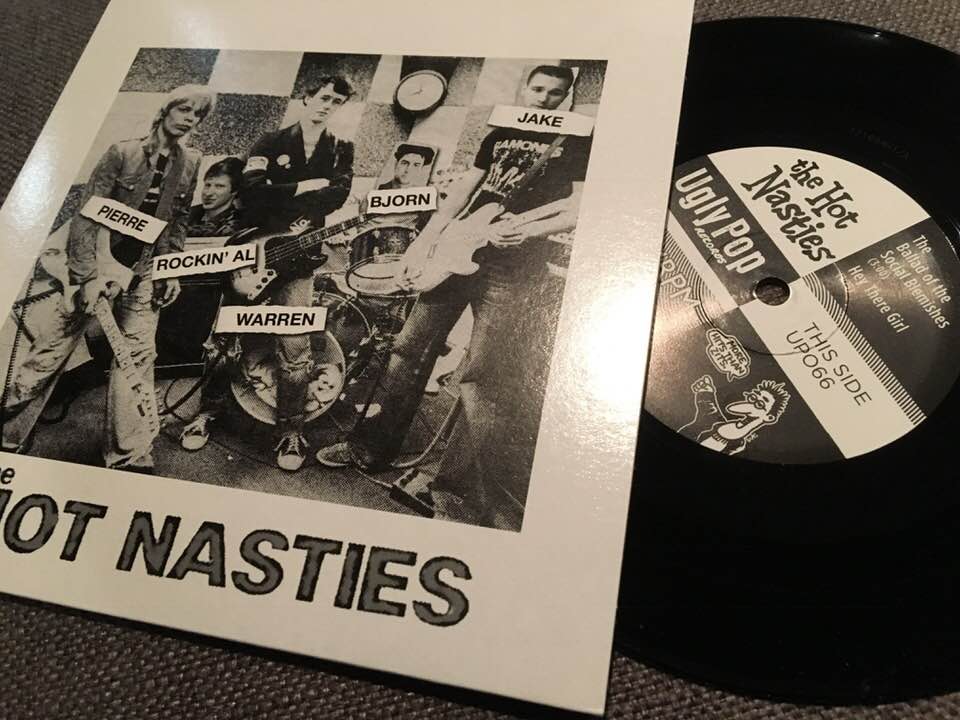 The Hot Nasties: back after 38 years!

The Hot Nasties were a first-wave Calgary punk band who (improbably) have had their stuff covered by the likes of the Palma Violets and Nardwuar, and praised by the frontmen for Fucked Up and the Pursuit of Happiness.  When we were together, however, we didn’t have any famous friends.  We put on some shows, we put out a couple records, and – properly – we flamed out in 1980.

Nearly four decades later, we’re back!  Ras Pierre and me – along with Bjorn von Flapjack III, Rockin’ Al Macdonald and Jake Kirbie – are the new Hot Nasties, and we’ve put together a happenin’ four-song EP, The Ballad of the Social Blemishes EP.  It contains live versions of Teenage Lament and Fashion Show at CJSW in Calgary, the all-new Hey There Girl, and the new new tune, The Ballad of the Social Blemishes.  It’s about our departed pal, Tom Wolfe, who was the manager of the Blems and our high school co-conspirator.

The record is available on the world’s greatest punk label, Ugly Pop, here.  It’s a bargain and will be worth millions when me and Ras Pierre commence our dirt nap.

Herewith, too, is the world premiere of the video for that song – featuring a swaggering Ras Pierre, a bespectacled me, a sleepy Rockin’ Al, Rachel Notley’s former Chief of Staff John Heaney, and a leaping and cavorting Terry “Lost and Profound” Tompkins.  That’s Tom Wolfe at the end, after our epic show at Bishop Carroll in 1978.  Bjorn gave the video a very powerful ending.

We miss Tom and salute him. Now, go pogo!