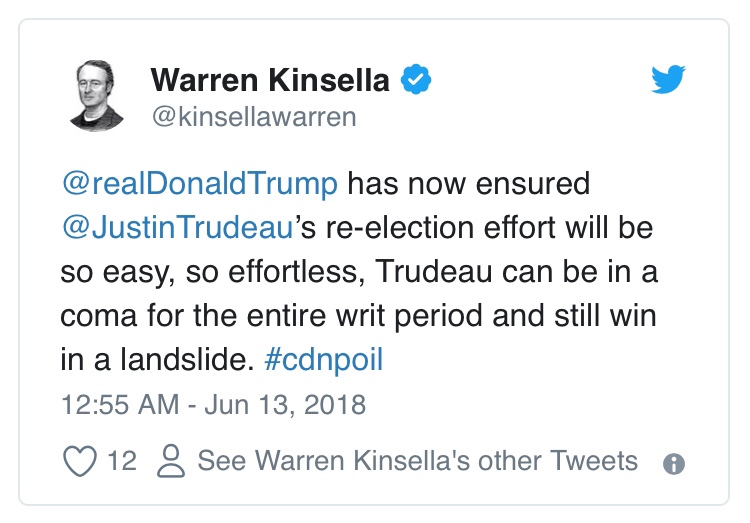 Justin Trudeau is the luckiest guy alive. Consider the evidence.

It goes on and on. The guy just can’t lose for winning.