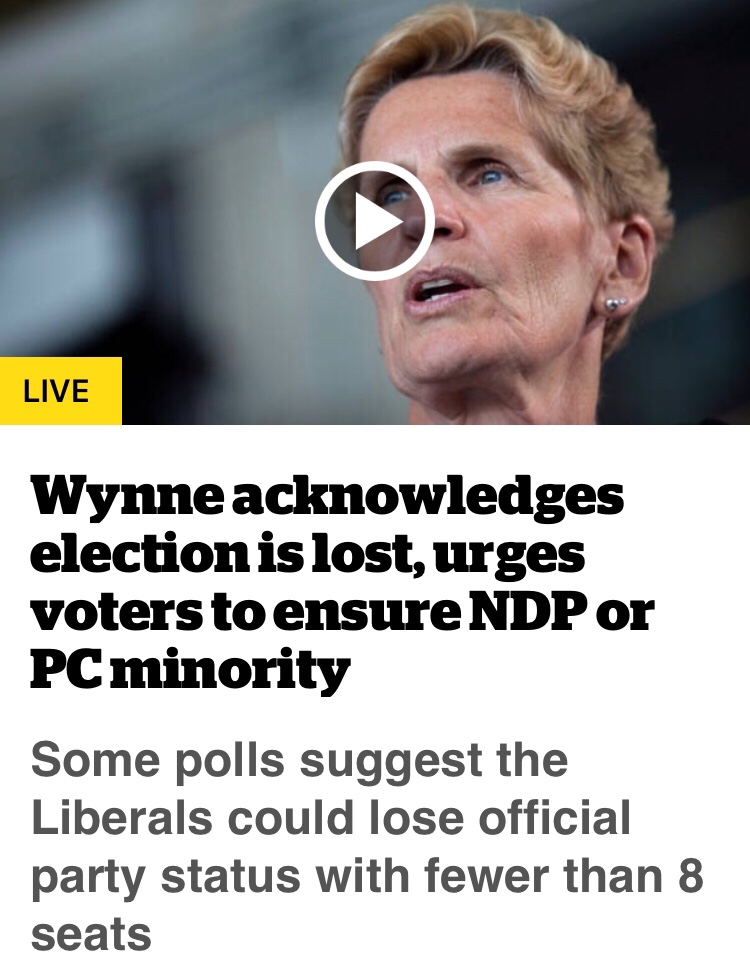 This is pathetic. It’s farcical.

And, as I will show everyone next week, it was completely needless.

If she had left a year ago – and if she had taken her pitiful Wizard and the Board with her – we could have won.

This is on them.

Kathleen Wynne on Saturday acknowledged that she will no longer be premier after the June 7 election and encouraged voters to elect Liberal candidates to prevent the NDP or PCs from securing a majority.

“Even though I won’t be leading this province as premier, I care deeply about how it will be led,” the Liberal leader said during a campaign stop in Toronto.

Public support for Wynne’s Liberals has plummeted since the election started on May 9, and Wynne said that a “confluence of things” led her to make her statement on Saturday.