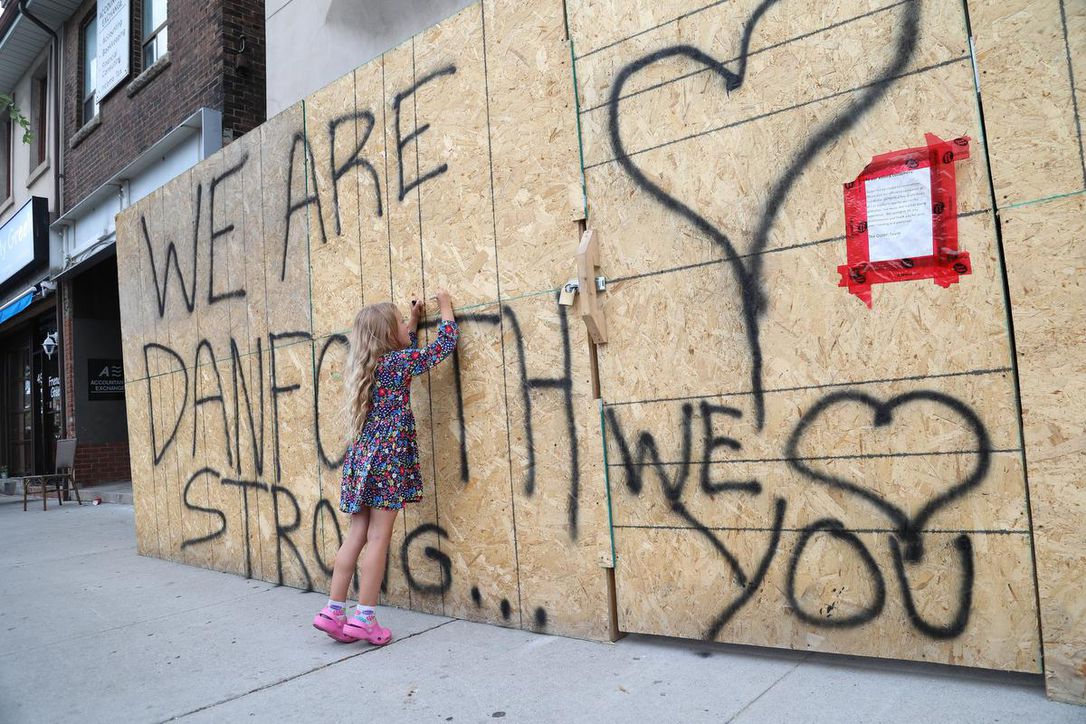 Column: the bloody play without end

After the shock wears off – after it’s replaced by anger and fear and then sorrow – we continuously end up in the same intellectual cul-de-sac: what can we do?

What should we do?

Everyone plays their assigned role, like we are trapped in some grim kabuki play that always, always ends the same way. The gun nuts take to social media, bombarding everyone with all-caps variants on “guns don’t kill people, people kill people.” The bigots bleat that “lieberals” and “libtards” are to blame, because they let in Muslims and people whose skin isn’t white – you know, white as a Klansman’s sheet.

The chiefs of police recite statistics, noting (correctly) that crime is down, insisting (incorrectly) that the police could do more if they simply had bigger budgets. The conservative politicians tweet “thoughts and prayers,” which has become 21st Century code for “I plan to do nothing.” And the liberal politicians wring their hands and pass laws that will also achieve nothing – because there are already nearly eight million firearms in the country. Now.

And we in the media? We always play our assigned roles, too. Those on the conservative side of the spectrum shrug, and regurgitate the talking points of the NRA and its foul ilk. They call handgun bans “virtue signalling” symbolism – forgetting, or not knowing, that all of politics is about symbols, and the ceaseless pursuit of virtue.

And those of us in the media who mainly congregate on the left side of the continuum?

Well, let’s talk about how we have handled the slaughter on the Danforth by first admitting something, shall we? We didn’t know Reese Fallon.

Sure, this writer may have met her, once, when Beaches-East York MP Nate Erskine-Smith – who did know her – held an anti-racism event in Toronto’s Beaches neighbourhood. Erskine-Smith had a number of Young Liberal club members there, helping out. Reese was a member of that club. This writer remembers feeling sorry for these young people, because a group of neo-Nazis and white supremacists had shown up and were disrupting the meeting. It was pretty ugly.

So, most of us didn’t know her, and we will (sadly, tragically) never know her. We do know, however, that she was on Toronto’s Danforth Avenue for a birthday celebration with friends. We know that one of her Young Liberal friends was there, too – and young woman who was wounded and taken to hospital.

That’s what we know. That’s all that most of us will ever know – as we go on with our daily lives, and as Reese Fallon’s lovely face fades into what Ralph Waldo Emerson called “the Eternal Fact.” As she slips into some press clippings and our collective memory, joining the legions of others who were slain by a madman – because they are almost always men, aren’t they? – carrying a gun in their hands, like some black snake spitting death.

Here, too, something else we know, or should know: it was appalling, and wrong, for CBC Radio in Toronto to devote a lot of time, two scant mornings after Reese Fallon was slain, to the killer. In one part, they had what sounded like a professional actor breathlessly read the letter his family sent out – the letter that had been written by a professional spin doctor, and not the family.

In another part, they had a youth worker who knew the killer come on, and he genially related how the killer had “a million-dollar smile” and how he was “humble and reserved.” It went on and on and on like that, for a long time, on CBC Radio.

This writer doesn’t know if any those things are true, either. Maybe they are, maybe they aren’t. Most of us, however, don’t usually associate having “a million-dollar smile” with people who slaughter children on a city street.

In the end, as the blood-soaked kabuki play goes on and on, what we do know is this: it isn’t just politicians and the chiefs of police who have a role to play. They aren’t the only ones with a responsibility to prevent other Reese Fallons from being executed on the next available hot Summer night, simply because they were in the clichéd wrong place at the wrong time. Those of us in the dwindling ranks of the media have a role to play, too.

Before they – two innocent children, for the love of God – are even in the ground.