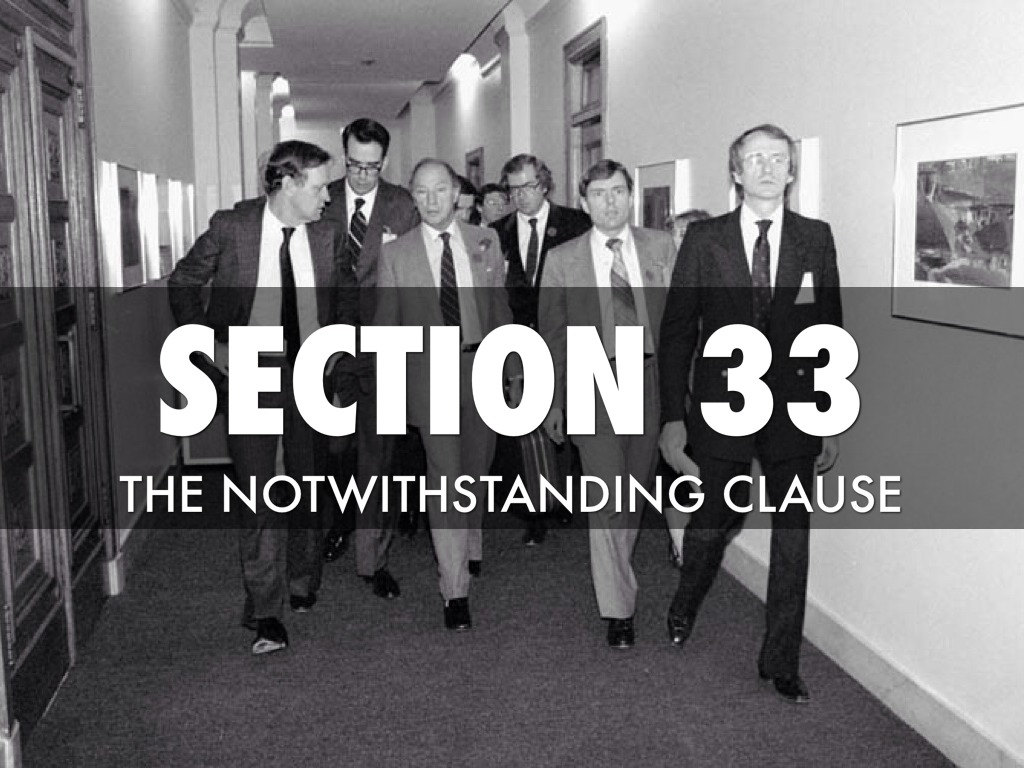 Column: the curse of the notwithstanding clause

Defeat, in politics, is almost always preceded by some sort of an overreaction.

You know: Paul Martin, desperate to avoid defeat in the 2006 federal election, declares that he will take away the federal government’s ability to use the notwithstanding clause.  Didn’t work. He lost.

The Grant Devine government in Saskatchewan used it in 1986, desperate to ensure some public sector workers were forced back to work.  His government was subsequently defeated, and a bunch of his MLAs and staffers later served time for expense account fraud, too. For good measure, the federal Conservatives wouldn’t even let Devine run for them.

Ralph Klein, desperate to keep social conservative knuckle-draggers happy, mused about using the notwithstanding clause back in 2005, to prevent same-sex couples from getting married.  A few years earlier, in 1998, he wheezed that he’d also use section 33 of the Constitution to prevent compensation for thousands of innocents who had been subjected to forced sterilization by Alberta’s government between 1927 and 1972.

He didn’t, though, in either case.  Klein’s willingness to use brute constitutional force against gay people who love each other – and against people who had been sterilized simply because they had disabilities – will follow his name throughout time, like a foul curse.

Quebec, however, wasn’t nearly as shy as Ralph Klein.  From 1982 to 1987, in fact, the separatist Parti Quebecois government actually inserted the wording of the notwithstanding clause into every single piece of legislation it passed – so desperate were they to prevent any of their laws from being challenged in court. That all was a bit too reminiscent of a certain European nation in the 1930s, so the PQ was sent packing in 1987, and the practice stopped by the Québec Liberals.

In 1988, however, the Quebec Liberals were eventually desperate, too. So they invoked the clause to prevent people from putting English words on signs.  They got condemned by the United Nations for that, so the Robert Bourassa Liberals rewrote their anti-English law to make it somehow conform with the Charter of Rights.  Bourassa went on to quit politics, and his successor got wiped out by the PQ after just a few months in power.

The Ontario Progressive Conservative government didn’t end up using section 33. But, so desperate were they to winnow down a municipal council by a few puny seats, they said they would if they had to.

Asked for some justification, the Ontario PCs went on and on about how judges are appointed, and how politicians aren’t. (Forgetting, apparently, that it is the politicians who do the judicial appointing, up here in Canada.)

But logic is irrelevant, among the desperate. No one knew why they were so desperate, really – would it have killed them to wait a little bit, and pass their law when an election wasn’t already underway? – but desperate they were.

Most notably, they were condemned by the people. Across Toronto, across Ontario, across Canada: people were mad at the Ontario Tories. The polls showed it. Whatever honeymoon the weeks-old Ontario PC government was enjoying was effectively obliterated by the constitution desperation.

Does the same fate await them that befell the others? Will they carry the notwithstanding curse to the political graveyard?

Who knows. Time will tell.

But their stated willingness to use a constitutional nuclear bomb – and their sheer desperation – will not be forgotten anytime soon.