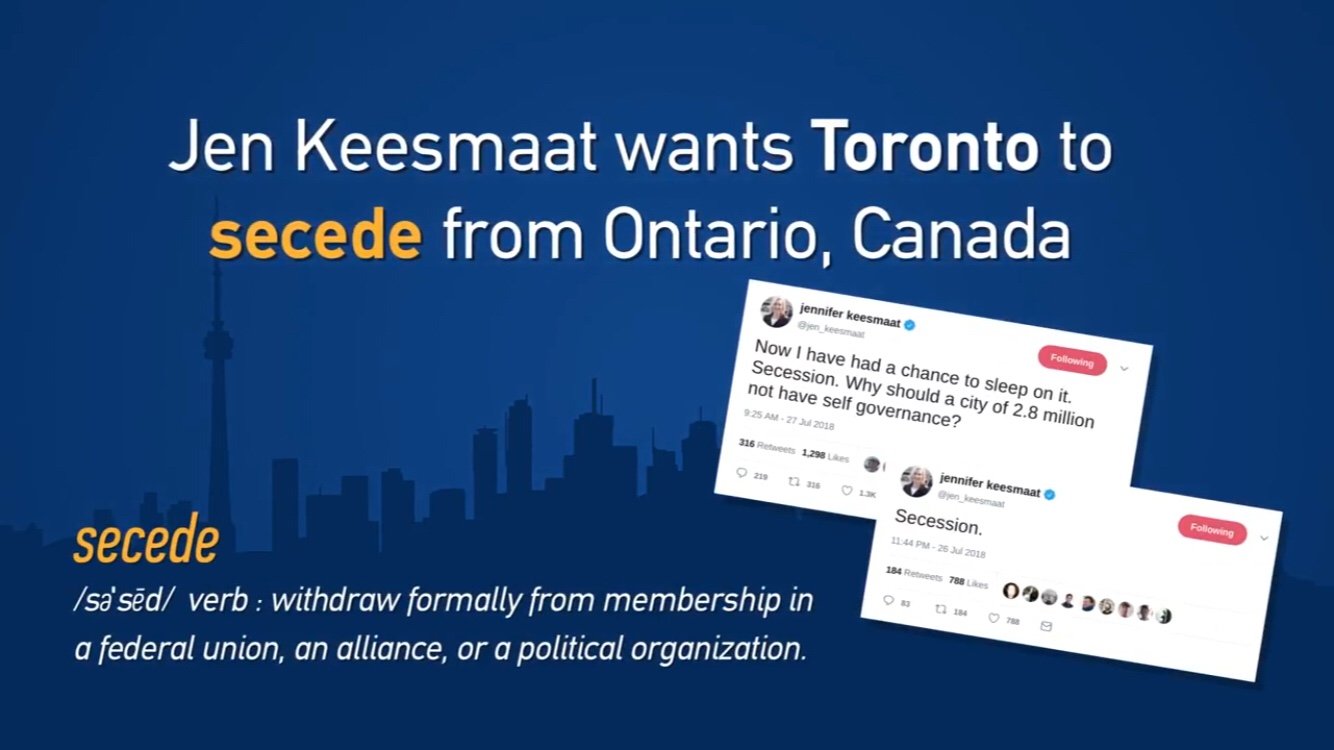 Pro tip: when you call your opponent too negative, don’t promote the stuff you’ve called negative

So, the John Tory folks put together a fun little video about the expressed desire of Tory’s main opponent, Jen Keesmaat, to secede from the province and country.  Here it is.

Okay. So, Keesmaat’s folks didn’t like it. They’d been calling John Tory all kinds of nasty names for weeks, but they’re not too good in the dishing-it-out-and-taking-it department. They got all sniffy and told CITY-TV that John Tory “doesn’t want to talk about his record,” blah blah blah.

So I responded with the secession video above. Someone immediately favourited the video. Guess who it was? 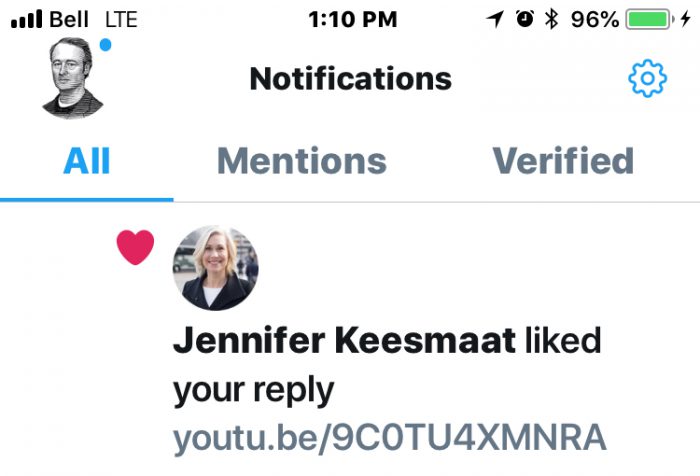 I’ve been doing this for a long time, boys and girls, but that’s the first time I’ve ever had an opponent help promote an attack ad about that selfsame opponent.

Anyway, it’s never dull on the old campaign trail!  And, at the very least, it also heretofore eliminates Ms. Keesmaat’s ability to say her opponent is being too negative!