You’d think the “chief planner” would know something like this

“Self-described affordable housing champion Jennifer Keesmaat did not appear to know that private condos in the province are now covered by rent control…Ontario’s former Liberal government extended rent control to all private rental units across the province in May 2017 — a move that responded to complaints of skyrocketing rents but which critics say came at the cost of more rental construction. Keesmaat did not seem familiar with this legislation, Whelan said.” 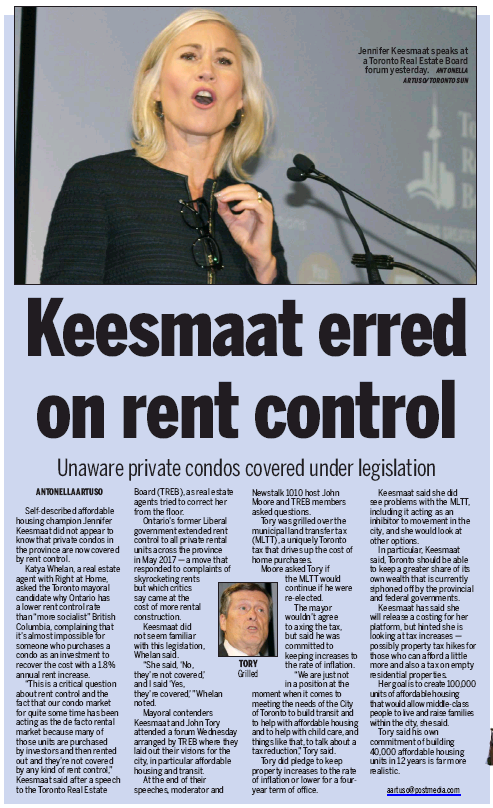