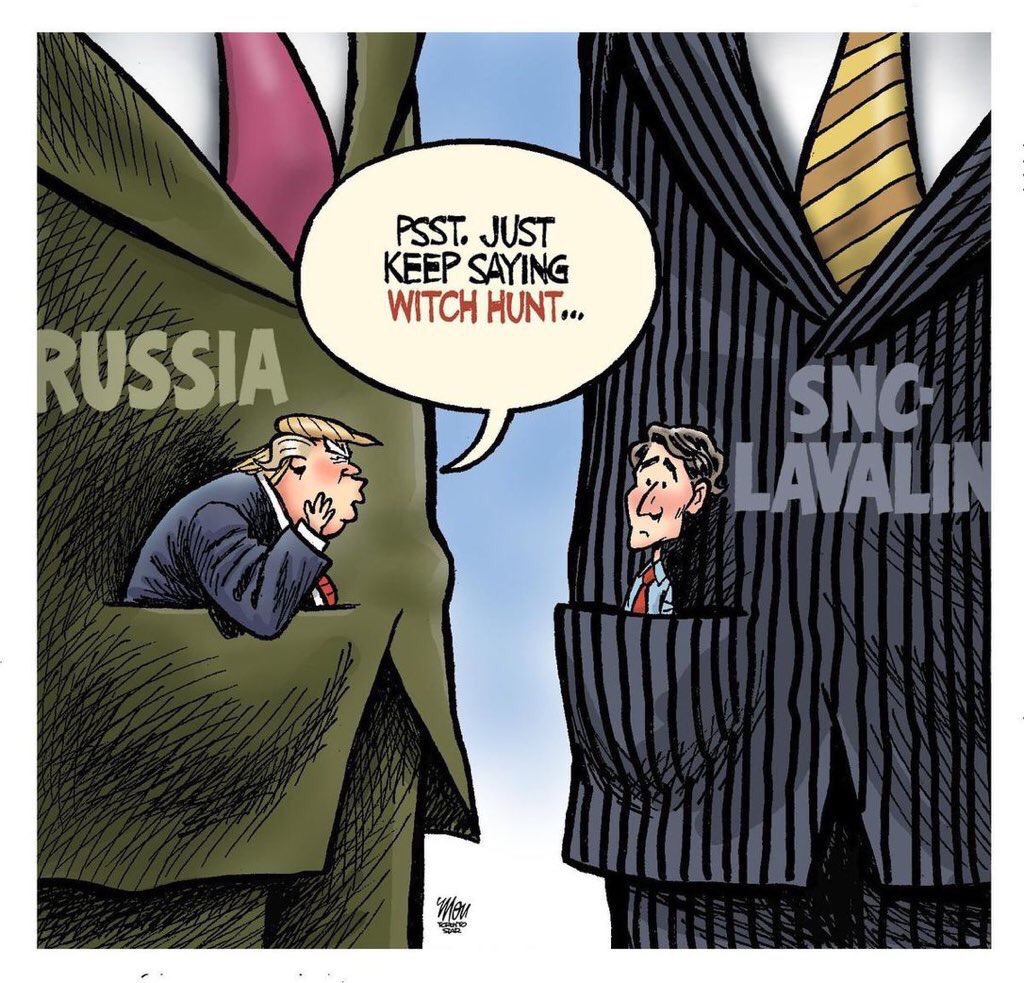 If Butts had to resign because of what was said in his meeting with Jody Wilson-Raybould – does Trudeau have to resign now, too?

That’s what the Opposition will be demanding to know today. QP is going to be historic.

Court documents obtained by The Globe and Mail show that Kathleen Roussel, director of public prosecutions, had informed SNC-Lavalin on Sept. 4 that she intended to proceed with a prosecution on bribery and fraud charges against the Montreal-based engineering giant stemming from its business dealings in Libya.

Mr. Trudeau has repeatedly said he told Ms. Wilson-Raybould in a Sept. 17 conversation that the decision on the SNC-Lavalin prosecution was hers alone to make, but that concerns were raised about the economic impact of a conviction.