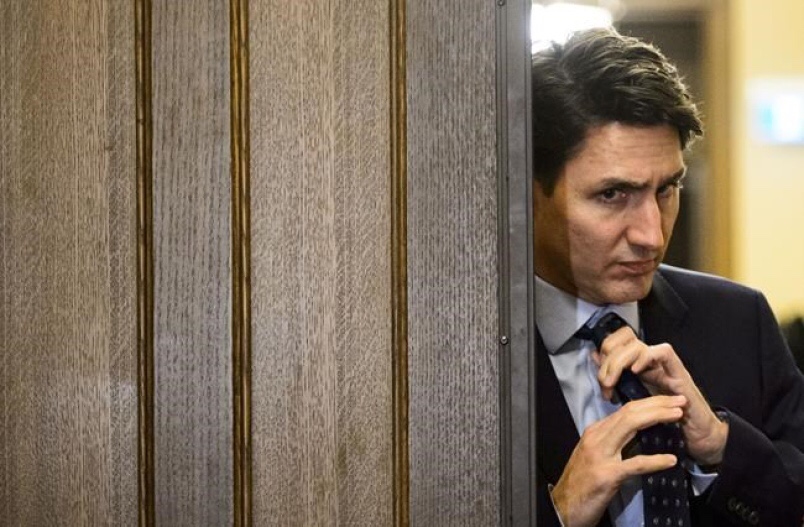 And, Trudeau lies and pins the blame on bureaucrats. From the Globe:

Former justice minister and attorney-general Jody Wilson-Raybould met with RCMP investigators this week to discuss political interference in the criminal prosecution of SNC-Lavalin Group Inc., and is calling on the Trudeau government to waive cabinet confidentiality for her and all other witnesses to allow a thorough probe into potential obstruction of justice.

Ms. Wilson-Raybould told The Globe and Mail on Wednesday that RCMP officers from the national division in Ottawa, which handles sensitive political matters, had a formal interview with her in Vancouver on Tuesday.

“I have had a meeting and I have been interviewed by the RCMP, and that meeting happened yesterday [Tuesday], and I am not going to comment any further on the nature of those conversations,” she said. “Of course I am concerned about the government’s decision to deny [the RCMP’s] request for access to other witnesses. As a matter of principle, the RCMP should be able to conduct thorough and necessary investigations.”

Ms. Wilson-Raybould said the meeting was at the request of the RCMP after several telephone conversations with her following the release of a report from Ethics Commissioner Mario Dion in August.

Mr. Dion said Prime Minister Justin Trudeau violated the Conflict of Interest Act when he and senior officials improperly pressed Ms. Wilson-Raybould to order the Public Prosecution Service to settle a fraud and bribery case against the Montreal-based engineering and construction giant…

The government says Privy Council Clerk Ian Shugart, who reports to Mr. Trudeau, will not waive cabinet confidentiality to allow the national police force to speak to witnesses and obtain cabinet documents relating to SNC-Lavalin.

The Liberal Leader rejected a call from Conservative Leader Andrew Scheer on Wednesday to allow anyone with knowledge of the SNC-Lavalin matter to discuss it freely with the RCMP.