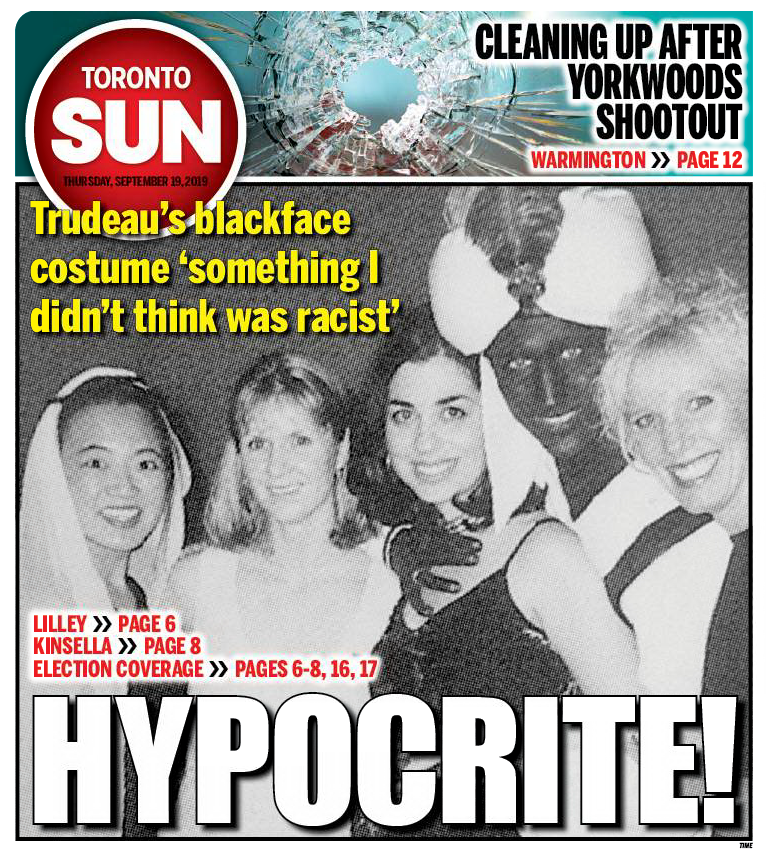 My latest: in a campaign about nothing positive, don’t give them something negative

The land is strong.

The old-timers do. It was an actual slogan that was deployed in the 1972 federal election campaign. Didn’t work out too well.

In yesterday walks tomorrow, they say, and that is certainly true when one compares 1972 to 2019. The similarities are striking.

• In 1972, a Trudeau led the Liberal Party, as in 2019.
• It was a Liberal majority government seeking another majority, as now.
• Back in 1972, as in 2019, the Conservatives were led by a kind of boring, bland guy who everyone underestimated.
• The Liberals’ 1972 slogan, “the land is strong,” sucked. So does the Liberals’ 2019 slogan, “Choose Forward.” It’s ungrammatical and uninspiring.

But the Justin Trudeau folks are wedded to their crummy slogan, just like Justin’s Dad was to his. Everywhere Trudeau the Younger goes, he robotically repeats the “choose forward” mantra, and no one knows exactly what it means.

That’s never a good idea, politically but it’s potential lethal when a scandal hits – like the blackface scandal. When you have no positive message, it makes it easier for a negative message to take its place. And blackface has.

Is an election won or lost on a slogan? Of course not. But a good one should give voters a pithy idea about what is on offer. Like, you know, “Melts in your mouth, not in your hands.” Or: “Just Do It.” Or: “The Quicker Picker Upper.”

The big problem with “choose forward” is that it actually reminds voters about Justin Trudeau’s biggest problem. Which isn’t LavScam, or the Aga Khan, or Gropegate.

From 1968 to 1972, when his Dad was Prime Minister and enjoying a strong parliamentary majority, lots of things were done: the Just Society, universal health care, regional development, parliamentary reform, bilingualism, multiculturalism, pro-NATOism, multilateralism, staring down separatism and terrorism.

When you examine the elder Trudeau’s first majority term – and whether you respected him or not, and this writer really did – it is remarkable how much was accomplished in a relatively short period of time.
But, despite all that, Pierre Trudeau was still reduced to a minority in 1972.

His son, meanwhile, doesn’t have much to brag about, legislatively. Legalization of cannabis, and … that’s it.

History will not remember Justin Trudeau for lots of important legislative achievements, because there haven’t been any. It’s been a lot of social media sizzle, but not much policy steak.

Broken promises and voter disappointments: they’re not predicaments unknown to incumbent governments, true.
But, if there’s enough of them, they’re why those governments get defeated.

And, at this point, Justin Trudeau isn’t known for any achievements at all. He’s known for being a racist, and wearing blackface.

Pierre Trudeau wasn’t defeated in 1972. But, despite a lot of legislative achievements, he almost was. He, the Northern Magus, lost his Parliamentary majority to the efforts of Bob Stanfield – who, like Andrew Scheer, was regularly mocked and maligned.

“Choose Forward” strongly implies that what preceded it wasn’t all that great. In Justin Trudeau’s case, he wants us to think of mean old Stephen Harper when we think about that past.

But what if voters start thinking about the more-recent past – and what, if anything, Justin Trudeau has achieved?

He hasn’t achieved much. There’s a reason why Justin Trudeau is less popular than Donald Trump, you know.

The land is strong? When compared to something like “choose forward,” the 1972 Liberal campaign slogan is practically a detailed 100-page policy platform.

Canadians are going to “choose,” alright.

Based upon his paltry, puny legislative record – based on his racist blackface stunts – Justin Trudeau may deeply regret asking Canadians to do so.