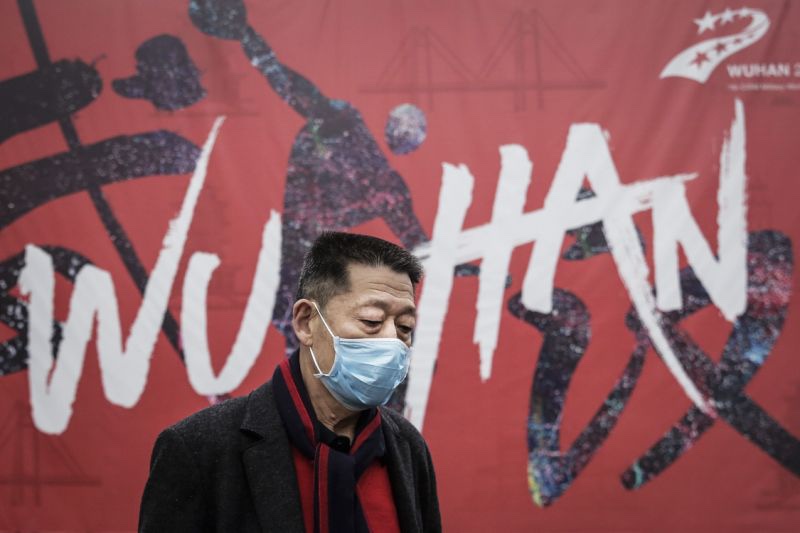 The racist face of disease

[I literally forgot I wrote this for Maclean’s during SARS, many years ago. A watchful reader posted it on Twitter, so here it is again.]

THE MORNING SUBWAY is usually jammed with bodies. Dozens of Toronto commuters stand wherever they can find a few inches of space, swaying as the train heads south. Seats are hard to come by during rush hour on the Yonge Street line—but not today. In a subway car packed to the doors, there are more than a few places to sit. And all of the empty seats are beside people of Asian descent. An explanation of sorts is found in a tabloid headline, on display for all to see: “FOURTH SARS DEATH IN GTA.”

The unspoken calculus is simple. SARS originated in the Far East; most of those afflicted with it, to date, have been Asian. Ipso facto, empty seats on the crowded subway; once-bustling Chinese restaurants virtually deserted; trips to Chinatown avoided or put off.

Welcome to the SARS Spring of 2003: in Toronto—as in British Columbia, Alberta, Saskatchewan and New Brunswick, where confirmed or suspected SARS cases have been reported—Canadians seem less preoccupied with faraway Iraq, and more with the affliction bearing the name severe acute respiratory syndrome. “To Canadians, it feels like a dangerous, uncertain time,” says John Wright, senior vice-president of the Ipsos-Reid polling firm. “There is a deep anxiety. When there is a great unknown, like SARS, you will always see great anxiety.”

By now, most of us have read and retained the relevant SARS facts. Over 2,000 cases identified in more than a dozen countries. More than 80 deaths, with China and neighbouring countries hit the worst. Seven SARS deaths in Canada. The Italian doctor who first warned the world about SARS was, chillingly, killed by it. And, as documented in every Canadian newspaper and broadcast, the disease arrived with people who had been in Asia.

Of the little we know about SARS, it is known that it will make anyone sick, given the chance. It does not discriminate. Unfortunately, people do. In recent days, SARS has made life more complicated for Canadians of Asian descent. It is seen in the discreet shunning of people of Asian descent on subway cars, in airport lounges and hospital waiting rooms.

Says Cynthia Pay, president of the Chinese Canadian National Council: “Broader society is scapegoating this as a Chinese disease—and within the Chinese community itself, people are afraid. It’s making Chinese Canadians feel very vulnerable, that they’re not in the mainstream.”

SARS is manifesting itself on the unpleasant fringes of Canadian society, too. The Freedom Site is the principal Internet home for neo-Nazis and white supremacists in Canada. It attracts thousands of cybervisitors every day, drawn by its nauseating menu of Holocaust denial, anti-Semitism, homophobia and intolerance. Operated by a supporter of the pro-Nazi Heritage Front, the Freedom Site has seized upon SARS with a vengeance, pointing to the disease as justification for its anti-immigrant polemics.

In one recent posting, a far-right leader calls SARS “another pernicious Oriental import.” He writes: “Remember next time you’re sitting in an airplane, riding a bus or huddling scrunched in a Toronto subway car and find some Oriental horking or hacking near you. IMMIGRATION CAN KILL YOU!” The white supremacist then goes on to demand “monitoring” of Asian travellers to Canada.

Fanning prejudice with fears about epidemics is nothing new: disease and discrimination have worked in tandem throughout human history. For centuries, occurrences of leprosy, plague and syphilis have been manipulated to legitimize expressions of hatred against a given society’s favoured victims of the moment. Following their rise to power in Germany, for example, Adolf Hitler and his Nazi party aggressively promoted what they called “racial hygiene.”

A by-product of the eugenics movement, racial hygiene was a pseudo-science that identified and studied biological factors the Nazis felt were potential threats to the purity of the Aryan “race.” Under Hitler’s 1933 eugenics law, thousands of men, women and children were forcibly sterilized (or murdered) because they suffered from schizophrenia, manic-depressive psychoses, epilepsy, Huntington’s disease, blindness, deafness, severe physical deformity, even alcoholism.

The Nazis are largely gone, but the racialprofiling impulse is not. Most recently, gays have been stigmatized due to the AIDS virus, with their access to jobs, benefits and international travel limited. Says pollster Wright: “The perception is that SARS is contained to one group of people. It should be remembered that pathogens know no race or creed.”

Will that fact be recognized? Wright doesn’t know for certain, yet: his firm was awaiting the results of its first poll on SARS.

But one thing is beyond dispute: as we make our way onto the subway or bus tomorrow morning, we should know that SARS is more than a test of our science: it is also, increasingly, a test of our values as a people.