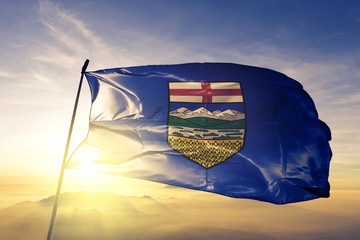 As I thumb this out, I’m in Calgary to teach at the Faculty of Law. Excited to be back. All of you can call me “professor,” please.

Anyway. Around this time yesterday, I was on a plane pointed West. We all were stuck there, hour after interminable hour, waiting for our WestJet plane to get de-iced. Sitting there, I got an idea.

Alberta, my home, has been hit hard in recent years. Bankruptcies, unemployment, countless businesses going under. It’s main industry – whether you like that industry or not – has been flatlined for half a decade. People are suffering. Families are hurting.

Teck, Trans Mountain, Coastal GasLink, Keystone, Northern Gateway: they’re all just words to most people, in most of Canada. But in the landlocked provinces, Alberta and Saskatchewan, they’re more than mere words. They’re projects they desperately needed to simply survive. They’re not getting them.

I know, I know: the environment. But my family has lived here for thirty years – and I can tell you that most Albertans are a lot frigging closer to the natural environment than 99 per cent of Toronto residents. They live here: they want to protect and enhance the environment more than someone working on Bay Street does. Believe it.

But they want to survive, too. As citizens of what is supposed to be the greatest country, they have a legal and constitutional right to that, you know? Life, liberty and security of people. All that.

So, the adversaries of Alberta – its enemies, even – are found outside Alberta. They’re mainly in Central Canada. That’s where the fight for Alberta therefore needs to be taken – where most Canadians, and politicians, and media people are. A war room for Alberta, kind of, located behind enemy lines.

Sitting on the plane, symbolically stuck in Ontario, I put out word on social media. I want to create a group that isn’t partisan, isn’t corporate, isn’t government, but is citizen-led. Involve ex-pat Albertans like me, but also folks in Central Canada who feel Alberta is getting treated unfairly. Mission: defend and promote Alberta. Make it factual, fast and fun.

I’ve gotten a huge response already, and media interest too. So, once I get back to the Centre of the Universe, I’m going to convene a get-together at my firm – a party, for starters – to bring together folks who feel as I do, and who want to help out.

I will be back to y’all soon about when that party is going to happen. But, by God, I am going to do this.