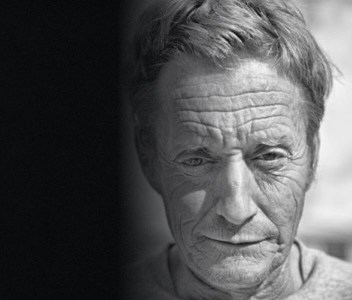 In Canada, more than 6,500 dead, with Quebec accounting for most of that grim figure.

And so: with so much death – so much sadness and loss – why celebrate at the occasion of yet another passing? Why actually laugh and smile about someone else, gone too soon?

Because that someone was The Bunkster, that’s why.

This writer spotted it on Facebook, first. Read it. Laughed out loud. Read it again.

Could it be true? Was it real?

It couldn’t be real.

The original obituary was tracked down, in the pages of the Arizona Republic newspaper. It was real. He was real.

Atop the obituary was a black and white photograph of a man, unsmiling, squinting. His face like a back country road, looking far older than he 65 years. Ridden hard, like they say, and put away wet.

“Randall Jacobs of Phoenix died at age 65, having lived a life that would have sent a lesser man to his grave decades earlier,” the obit read. “His friends called him RJ, but to his family he was Uncle Bunky, a.k.a. The Bunkster. He told his last joke, which cannot be printed here, on May 4th, 2020.”

It went on from there, getting better with each passing participle, getting more timeless with every sonorous, superb subclause. It was awesome.

The nameless author – suspected to be an adoring nephew, but still unrevealed – went on: “Uncle Bunky burned the candle, and whatever else was handy, at both ends. He spoke in a gravelly patois of wisecracks, mangled metaphors, and inspired profanity that reflected the Arizona dive bars, Colorado ski slopes, and various dodgy establishments where he spent his days and nights. He was a living, breathing “hang loose” sign, a swaggering hybrid of Zoni desert rat, SoCal hobo, and Telluride ski bum.”

And: “Just days after his beloved cat Kitters passed away, he too succumbed to ‘The Great Grawdoo,’ leaving behind a vapor trail of memories and a piece of sage advice lingering in his loved ones’ ears: ‘Do what Bunky say. Not what Bunky do.’”

Not what Bunky do! Wow. Could it get any better? It could. It did.

And at the end, the payoff. The money shot. The glorious clincher. Joy sprouting like daffodils amongst the winter melancholy.

“When the end drew near, he left us with a final Bunkyism: “I’m ready for the dirt nap, but you can’t leave the party if you can’t find the door.”

He found the door, but the party will never be the same without him.

In lieu of flowers, please pay someone’s open bar tab, smoke a bowl, and fearlessly carve out some fresh lines through the trees on the gnarliest side of the mountain.”

Astounded, delighted, grateful, this writer simply tweeted a snapshot of Bunky’s obituary, beneath the words: “Now this is an obit.”

That’s it. No adjectives, no spin.

That tweet would go on to be seen more than ten million times in a few short days. Ten million! Big Hollywood names said Bunky should be the subject of a movie. Blue-checked authors marveled at it. National radio star Charles Adler devoted part of a show to it. Even J.K. Rowling, she of Harry Potter fame, indicated her tweeted approval.

People said they wished they had known Bunky, and smoked a bowl with him. They said they’d just paid a stranger’s bar tab. They pleaded with their friends and family: when my time comes, make my obit sing like Bunky’s did. Make me immortal.

Immortality is what we all seek – whenever we build something, when we publish a book or a song, when we paint the stars we glimpse from our respective spots in the gutter.

When we give birth to a child (as women do) – or affix our surname to that child (as men do). It’s why headstones are stone, and not wood. We grasp at forever, but very few of us ever catch it.

We don’t want to be forgotten. We want to be remembered, because we now know that that elderly relative – speaking to us quietly at some family gathering, in our callow youth, when we paused just long enough to hear something other than the music – was indeed right: life is fleeting. It is here one moment, and it is gone the next.

During this pandemic – ferrying a foul, unkillable virus to every doorstep, every guiltless family – life has become even more ephemeral. Even more fragile than it was. A whisper.

Cases in point: during the pandemic, this writer has lost three men, all gigantic figures from his Calgary youth. Otto, Mike, Allen: all died, all gone, and none yet granted the sort of funeral they deserved.

This writer wrote about all three, on the Internet. But my tributes seemed pale and flimsy. Those three men deserved more.

So – like Randall Jacobs, The Bunkster – let us properly celebrate every one of the ones we have lost. Let us compose memorable obituaries – or sonnets, or poems, or drawings, or songs – to remember them. Let us pay tribute to them, as some nameless genius memorably paid tribute to The Bunkster.

Now, more than ever before, life is precious. It is fleeting. It is a gift, returned to sender too soon.

Make your loved ones, and total strangers, immortal.