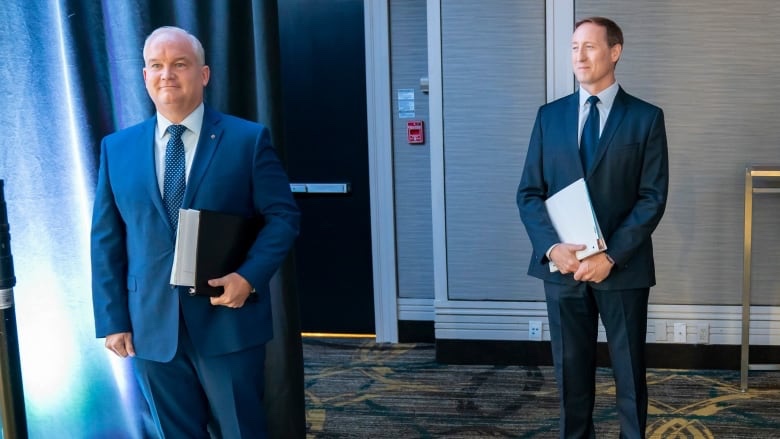 Politics is like rock’n’roll: everything has been done before.

Take the Conservative Party, for example (please). Their leadership contest is ripping their party apart.

The Liberals did it first, however. Jean Chrétien won the Liberal leadership in 1990, and he won majority governments in 1993, 1997 and 2000, too. But Paul Martin and his cabal didn’t care.

When the sponsorship mess happened, Chrétien called in the cops. He cleaned house. His government was supported, as a result, by 60 per cent of Canadians.

Again, the Martinites didn’t care. Once Chrétien retired, they decided to hold an inquiry into sponsorships. One of them – now, amusingly, a “political analyst” for Bell Media – said: “This public inquiry is going to pin it all on them.”

Instead, Chrétien fired off a few golf balls into the epicentre of the inquiry and Martin’s PMO, collapsing both. The Liberal Party of Canada would thereafter spend a decade in the political wilderness – because Paul Martin and Co. called in the cops on their own political party.

Some 16 years later, Erin O’Toole has decided to do the same thing. A few days ago, the Conservative leadership candidate’s team made a formal complaint to the RCMP.

The allegation is that some factotums in MacKay’s operation got access to top-secret recordings of meetings in O’Toole’s operation. Super-duper secret stuff was purloined, it is alleged.

To regard this as a crime, of course, we would need to first believe that the O’Toole leadership campaign had ideas that were worth stealing. That is a big assumption, we know, but let’s assume they did and they do.

So, the RCMP, as they always do, confirmed they’d received the criminal complaint. As they always do, the Mounties said they were talking to some people about the allegations. And, as always, they haven’t said anything else, because the RCMP don’t like to be used as political pawns.

But let’s also assume, for a minute, that the Mounties actually charge members of MacKay’s inner circle. Does that mean the former Nova Scotia cabinet minister couldn’t still win the Tory leadership?

No. He could still win it, and he’d thereafter be pursuing a scorched-Earth campaign against all things O’Toole. And the beneficiary would be Justin Trudeau.

Or, let’s imagine that O’Toole’s gambit doesn’t work, and MacKay’s team are exonerated. The above scenario would be the same: a bloody purge of O’Toole and his gang by the victorious MacKay folks, and Justin Trudeau riding the resulting Conservative civil war to another majority victory.

Or, try to imagine that O’Toole somehow wins. (Hard, we know, but try.) MacKay and Co. will remain on the sidelines, for years, sabotaging everything O’Toole tries to do. Winner? Justin Trudeau.

Take it from a veteran of the Chrétien-Martin leadership wars – whose nadir, as now, was one camp calling the other camp criminals – these things never end well. Back then, the main beneficiary was Stephen Harper. This time, whichever way it goes, it’ll be Justin Trudeau.

When the Martin guys did what they did, we Chrétien guys commenced hating their guts. Some of us still do. Deeply. That tends to be the reaction when someone falsely accuses you of a crime.

Anyway: if a crime has been committed, let the cops do their job. But don’t use the criminal law as a political club.

Erin O’Toole could have saved himself a lot of trouble by simply calling Jean Chrétien and asking for advice. I know what le petit gars would’ve said, too.

He would’ve said this: politicize your differences, Erin.