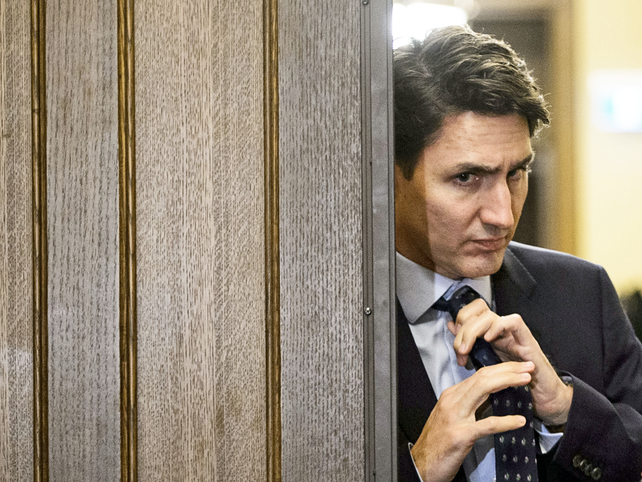 My latest: the political anniversary everyone wants to forget

An anniversary happened last week. You can be forgiven for missing it.

That’s because no one really celebrated it.

The Canadian federal general election happened on October 21, 2019. It resulted in Justin Trudeau’s Liberal Party getting re-elected. It was in all the papers.

Except the first anniversary of Trudeau’s re-election really wasn’t – in the papers, or a victory. Postmedia and CBC published a couple stories, true, in which a couple Paul Martin acolytes were interviewed.

And, to be sure: if you’re writing a story about how to take a perfectly good Parliamentary majority and turn it into a minority or a loss, those are indeed the guys to consult: they are the undisputed experts in wrecking Liberal parties, and losing power.

But the anniversary of the October 2019 election? No one really noticed, or cared. The reason was simple: with a single notable exception, every federal Canadian political party – every federal leader – lost something. They didn’t win.

Justin Trudeau, for example, may have been returned to power. But he lost plenty.

He lost a comfortable Parliamentary majority, and was reduced to a minority, one that the Opposition parties can combine to remove from government. While still clinging to power, Trudeau’s share of the popular vote is puny – just 33 per cent.

Trudeau actually received a lot fewer votes than the Conservative Party. And it was the first time in history that a Canadian political party has formed a government with so little of the popular vote.

It’s not just a numbers game, either. By losing his majority, Trudeau lost control of some powerful House of Commons committees. (And that is why he actually threatened to force an election last week – to prevent the creation of a new committee that would have the authority to subpoena witnesses and documents in the never-ending WE scandal, which has implicated Trudeau and his family.)

Trudeau lost something else in the October 2019 election, too: his reputation. When it was revealed that the Liberal leader wore racist blackface at least three times, he shocked Canadians, and became a figure of ridicule and derision around the world.

And it’s not forgotten, either: just this week, satirist Sacha Baron Cohen savagely mocked Trudeau in his hit Borat movie sequel, showing the Canadian Prime Minister wearing blackface while a teacher at a Vancouver school.

The Conservatives and their former leader lost plenty, too. The Tories were shut out of Canadian cities, and shunned by Canadian women or youth. Despite Trudeau’s myriad scandals – including blackface, which literally broke while the election campaign was underway – the Conservative campaign was disjointed, incoherent and poorly-managed.

Its then-leader, Andrew Scheer, distinguished himself as a remarkably unremarkable politician – and one who couldn’t score on an open net, even on a breakaway.

The New Democrats lost, as well. When the election was called, Jagmeet Singh’s party had nearly 40 seats. When it ended, Singh had lost almost half of them. His share of the popular vote plummeted.

In the intervening year, Singh has further diminished his party by cravenly propping up Justin Trudeau’s government – simply because Singh and his NDP lack the money, and the strength, to fight another election. His New Democrats have handed Trudeau a majority in all but name, in exchange for nothing.

The Green Party – which, full disclosure, was the only party with which my political consulting firm had a contract – devoted money and resources to winning many more seats. In the end, it only added one. And its quixotic leader, Elizabeth May, finally was obliged to take a hint and resign.

Finally, Maxime Bernier’s People’s Party did not win a single seat. Not one. And the only seat it had – Bernier’s, which had been previously held by his father – was lost, crushed by his Conservative opponent.

So who won the October 2019 election?

The separatists did. Under Yves-François Blanchet, the Bloc Québécois dramatically improved its standing in the House of Commons – from ten seats at dissolution, to 32 now.

Blanchet eviscerated the NDP, denied the Liberals a majority, and helped reduce the Conservatives’ presence in Quebec. His Bloc is now the third-largest group in the House of Commons, and arguably the most effective Opposition party.

All of that explains, then why the anniversary of Canada’s October 2019 election didn’t attract much attention: