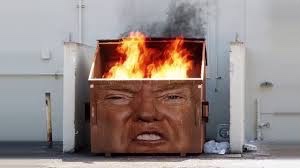 My latest: working for Joe Biden and the Dems

There is a simple reason why no one really wants to say Donald Trump is going to lose in 2020.

This writer is one of the many who got it wrong. Never saw it coming. And I was close enough to the action to know better.

Full disclosure: I’ve helped out the Democrats for years, and I was again proudly working for Hillary Clinton in 2016.  As a foreign national, I couldn’t donate to her campaign, or get paid.  But I could volunteer for her, and I did – in Maine, in New Hampshire, and at her Brooklyn headquarters.

We had more money.  We had better people.  We had organization. We had ideas galore. We had experienced campaign managers.  And we had the best candidate, too: a former Secretary of State, a former Senator, a former First Lady and accomplished lawyer.  We had it all.

Our opponent was a joke. Donald Trump been caught on tape, proclaiming that he “grabbed [women] by the pussy.”  He refused to release his taxes – because, we suspected (correctly), he hadn’t paid his fair share.  He was an unapologetic racist, calling Mexicans drug dealers and rapists, and pledging to bar Muslims from entering the United States.

And he had denigrated captured war heroes like John McCain – who was being tortured in Vietnam right around the time Trump was dodging the draft and chasing escorts around New York City.

We couldn’t lose – or so we thought.  For months, every national poll had shown us far ahead of Trump. The politics and the punditocracy, too: all were convinced we’d win.

Even though Hillary got three million more votes than Trump, the United States’ byzantine electoral college system produced a perverse, and shocking, result: the narrowest of victories for Donald Trump.  Because slightly more than 70,000 votes went the wrong way in Michigan, Pennsylvania and Wisconsin, Trump bested Clinton in the electoral college.

Could it happen again?

It could.  It might.  A characteristic of Trump’s core vote, those of us on Clinton’s team later learned, is that they are older and tend to hide from pollsters in the lead-up to voting day – and then they come out to vote, en masse.

Trump was assisted, too, by Bernie Sanders in 2016.  Sanders had repeatedly demonized Hillary as corrupt and a captive of Wall Street – thereby suppressing our youth vote.  The clueless, witless FBI director also helped to kill Hillary’s momentum when it hurt the most, with a bogus and needless probe of some emails.  And, finally, white suburban women – who we had thought would be repulsed by Trump – voted against their self-interest, and for a “man” who bragged about sexual assault.

Four years later, and with three weeks to go until voting day, none of that applies anymore.  For Donald Trump, the political landscape is radically different.

The coronavirus has sickened or killed Trump’s most loyal supporters – white retired seniors.  Poll after poll now show that older Americans have abandoned Trump because they have been appalled by his mismanagement of the pandemic, which has killed 215,000 Americans.  Seniors are now mostly lining up behind the Democrats’ Joe Biden.

Bernie Sanders, meanwhile, has a far better relationship with Biden than he did with Clinton.  As a result, Sanders has urged his youthful supporters to rally behind Biden – and they have.

This time around, there is no manufactured scandal swirling around the Democratic presidential nominee.  Trump tried to get one going in Ukraine against Biden and his son, of course.  But that only resulted in Trump’s impeachment – and Biden winning the Democratic nomination in a walk.

But that’s the polls.  Is Joe Biden winning on the ground, where it counts?

This time around, I am doing phone banking – calling up registered voters, to I.D. the vote, to get out the vote.  I’ve called hundreds of residents of New England states so far, asking how they’ve marked their absentee ballots. And this is how many have told me they’ve voted for Donald Trump: