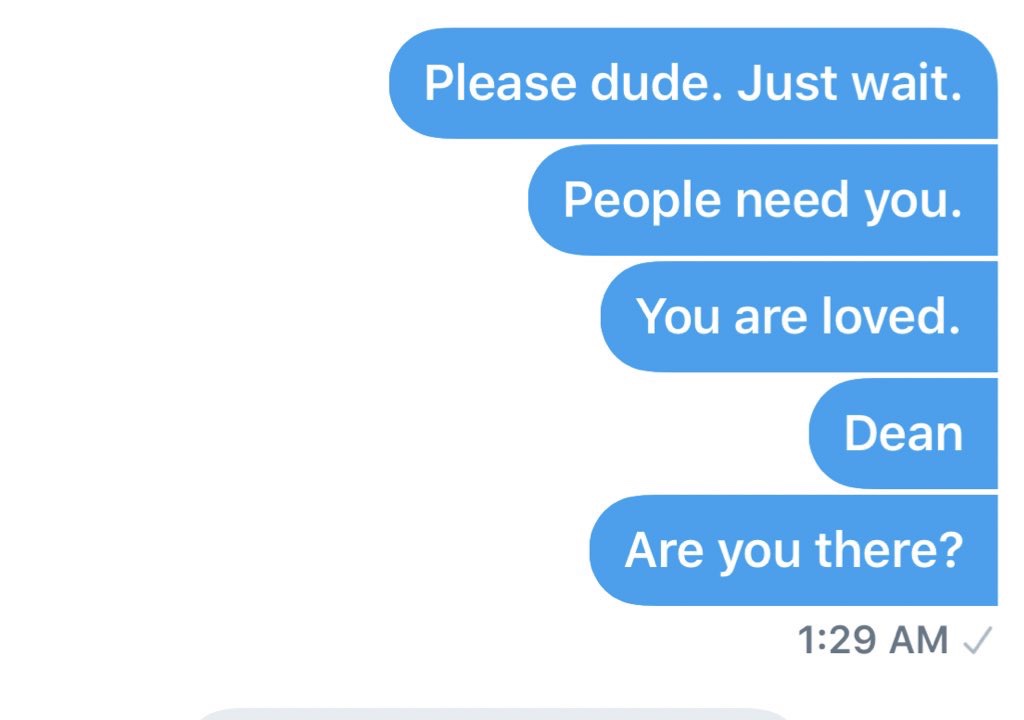 The words that count the most

Yesterday was a really really good day. I won’t bore you with the details, but I went to bed feeling pretty good.

As I usually do, I took a peek at social media. On Twitter, in direct messages, a man – I’ll just call him Dean –   had sent me a note asking if I was serious about helping people who are in trouble. I said yes.

He was in Calgary (I already knew that, from previous interactions I’ve had with him about politics ) and at a well-known Calgary hotel on the 10th floor.  He told me he had broken the window and thrown everything in the suite onto the ground below. He said the police were there, outside the room.

I didn’t know whether to believe him. But I asked him to remain cool and stay in contact with me. He sent me a photo showing that he had indeed broken a window and was sitting on the windowsill , ten floors up.

I kept him engaging with me, but then I got in touch with the Calgary police service. I told them what was happening, and started coordinating responses with them.

A couple times Dean said to me things like “over and out,”   and indicating finality. I kept him talking as much as I could. I was scared for him.

(For reasons known only to themselves, Twitter summarily took down his account during all this, thereby ending my ability to engage with Dean. I’m not sure why they do things like that, but it was not very frigging helpful. Fortunately I had a couple phone numbers he had given me. )

Dean’s back-and-forth with me, and with the police, went on for a while. It was clear that he felt he was out of options and unloved. Eventually, however, he surrendered to police and one of their psychologists sent me the message quoted here.