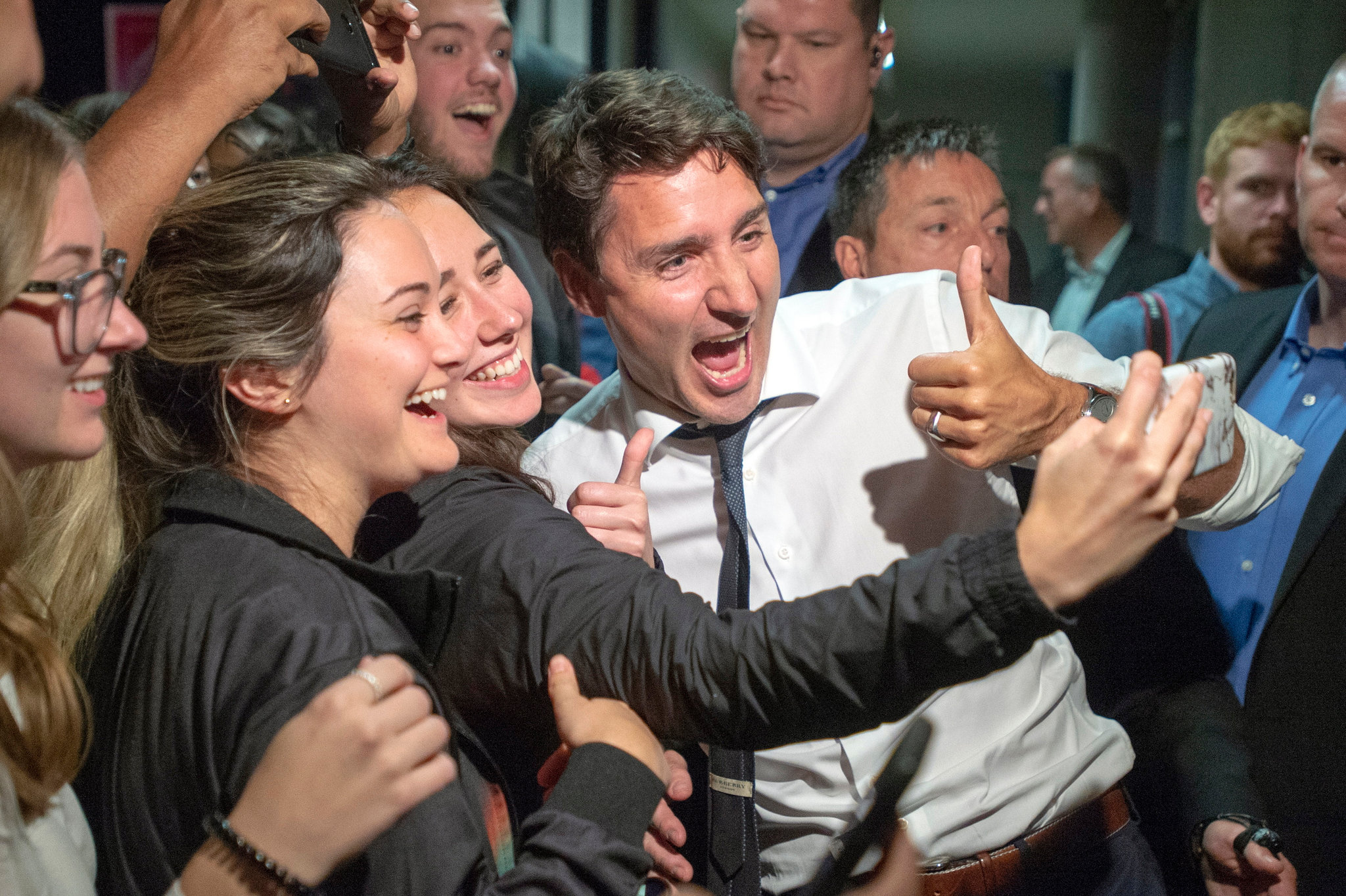 [The scene: The office of Prime Minister Justin Trudeau in March 2020.]

TELFORD: Our vaccine deal with the Chinese fell apart. Which means most other countries will fully vaccinate their people months before we do.

TRUDEAU [irritated that the planned Instagram shoot will be cancelled]: What’s the good news?

TELFORD [brightly]: We won’t tell anyone for several months!

TELFORD [exchanging worried looks with other PMO staffer]: We don’t think that’s good for you, Justin.

TRUDEAU [bewildered]: But why, Katie? Nobody likes Trump! Joe Biden and me will be BFFs!

TELFORD: Two reasons. One, Trump may be a bad guy, but he’s vaccinating more than a million Americans a day.

TRUDEAU: Is that more than me?

TELFORD: Way, way more. And, Biden is promising to vaccinate 100 million Americans in the first 100 days of his presidency. But we don’t think he’s going to do it.

[The scene: The PMO situation room, in February, where staff are counting and recounting vaccine purchase orders.]

TELFORD: We simply aren’t going to get enough vaccines fast enough. We are going to have the worst vaccination record in the G7. And the data suggests we will be around 65th in the world for vaccinations per capita.

TRUDEAU: Is that bad?

TELFORD [exasperated]: It’s really bad. It means we can’t get back to a majority. It means we may even lose the election.

PMO STAFFER WITH NO MEDICAL OR SCIENCE TRAINING WHATSOEVER: I know! Let’s delay the second vaccine dose by months! That way we can vaccinate more people!

TRUDEAU: Is that safe?

PMO STAFFER: Who knows, who cares. We may lose a few elderly people, but they don’t vote for you anyway.

[The scene: Trudeau and Telford are walking near Parliament Hill in March, a phalanx of RCMP security around them.]

TRUDEAU [waving merrily]: Look! Everyone is happy to see us and is waving at us!

TELFORD: I think they’re giving us the finger, sir.

TRUDEAU [crestfallen]: But how come? Nice Joe Biden is lending us a bunch of AstraZeneca vaccines!

TELFORD: That may be because the Americans aren’t sure that vaccine is safe.

TRUDEAU: Well, just make sure you inject that mean Warren Kinsella guy with it, OK?

[The scene: A private reception area at the Ottawa Congress Centre on election night.]

TRUDEAU: Katie, did we win?

TELFORD: [smiling, astonished as she looks up from one of her several devices]: I can’t believe it, but I think we did!

TELFORD [whispering]: Well, just between us, Prime Minister, we screwed up getting vaccines early on. Then we didn’t get enough. Then we put people at risk by going against science on the second dose. Then we exposed them to even more danger when we injected them with vaccines we hadn’t fully tested.

TRUDEAU [confused]: But why did we win, Katie?

TELFORD [holding up a device with a photo of Erin O’Toole and Jagmeet Singh in debate]: Because, against these two, you couldn’t lose, Justin.

Leave a Reply to Nobody Cancel reply