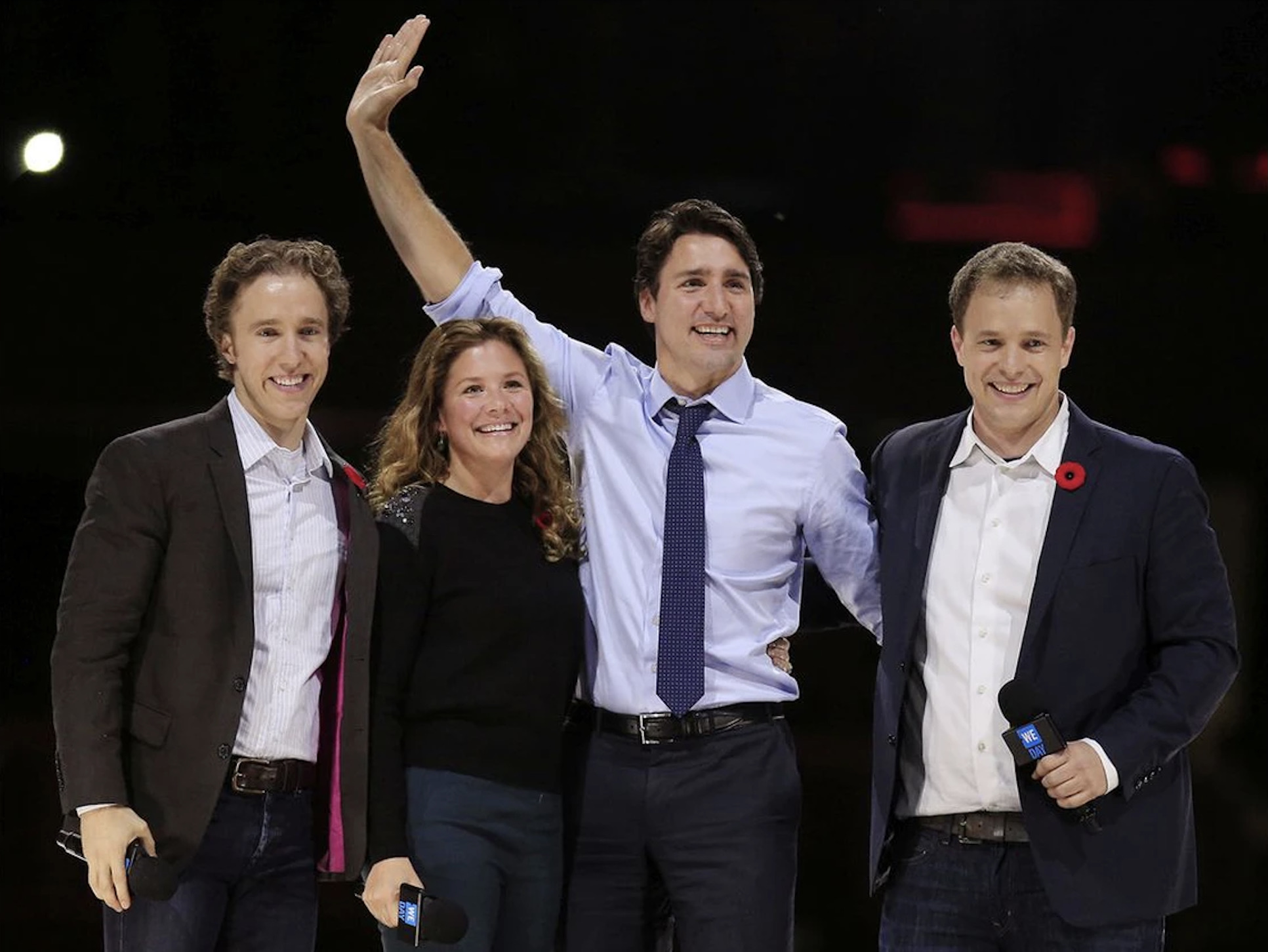 Justin Trudeau certainly does. He considers himself one, after all.

No mere mortal is our Justin: He breathes the rarefied air of the uber-rich and uber-cool at Davos and places like that. It’s his milieu. Hollywood stars, billionaires, best-selling academic types — that’s Justin’s world.

So there he was, just a few years ago, watching TV one Sunday night. A bunch of Justin’s fellow celebrities had gathered in Johannesburg for something called Global Citizen Festival: Mandela 100. The celebrities were raising money for children’s education.

It’s a worthy cause. Normally, governments go through a process before they pledge money to stuff like the Global Citizen Festival. Not our Justin, however. The rules that apply to normal folks don’t apply to him.

Justin thumbed out a tweet to the host of the show, comedian Trevor Noah. Here’s what he said: “Hey @Trevornoah – thanks for everything you’re doing to celebrate Nelson Mandela’s legacy at the @GlblCtzn festival. Sorry I can’t be with you – but how about Canada pledges $50M to @EduCannotWait to support education for women & girls around the world? Work for you? Let’s do it.”

“Sorry I can’t be with you.” OMG! Isn’t that cool? Isn’t that dope? Just like that, our Justin offers $50 million — no pesky votes in the House of Commons, no oversight or review stuff or whatever! Just like it’s his own money! So sick.

Justin got in a lot of trouble for that little stunt, as you may recall. Conservative MP Michelle Rempel called Trudeau “tone deaf” — and noted that Trudeau seemed to be more preoccupied with getting noticed by a celebrity than, you know, acting like a prime minister.

But Trudeau, and Trudeau’s family, kept at it. Rules schmules. The rules don’t apply to them.

So, a couple years after the Trevor Noah Is My Bestie thing, Sophie Trudeau jetted over to a big star-studded event in London, to urge support for — wait for it, wait for it — the WE charity’s toxic twins, Craig and Marc Kielburger.

Lots of famous people were there. British TV chef Jamie Oliver, Formula One driver Lewis Hamilton, the actor Gwendoline Christie, who played Brienne of Tarth from Game of Thrones. Neat!

Idris Elba was there, too, and Sophie Trudeau got to hang out with him and get selfies and stuff. Idris, however, got something else: Coronavirus. He tweeted about it.

“This morning I tested positive Covid-19. I feel OK, I have no symptoms so far but have been isolated since I found out about my possible exposure to the virus.”

Added Elba, who would’ve made the best James Bond ever, IMHO: “This is serious. Now is the time to really think about social distancing, washing your hands. Transparency is probably the best thing for this right now.”

The bit about “transparency” was interesting because the British press reported that Elba felt Sophie Trudeau had infected him. Yikes! It’s a licence to ill!

And that brings us to right now, this week.

This week, you see, no less than CNN turned on celebrity Trudeau. This was a big deal, because CNN was formerly a bit of a media cheerleader for the Canadian Prime Minister, in the interminable Trump vs. Trudeau comparative coverage they used to do.

Trudeau’s PMO, being obsessed with what Trevor Noah, Idris Elba, Jake Tapper et al. think about them, dispatched some winged monkeys to defend Canada’s honour online. One Trudeau fan even tweet tut-tutted Tapper directly, and noted: “Canada has been ranked the best country in the world.”

Justin, Justin: When your fellow celebrities abandon you, whatever are you going to do?

Davos sure is going to be different next year!