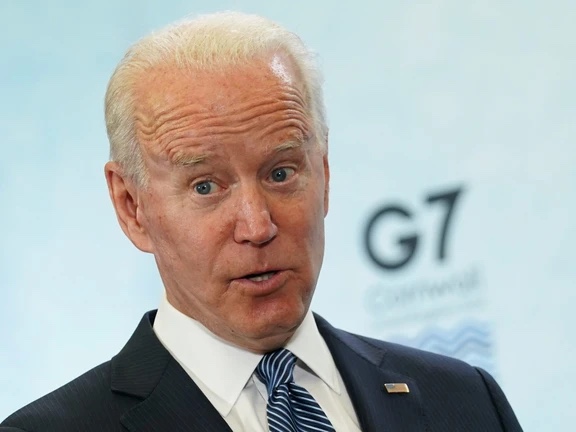 My latest: at it ain’t no, Joe

You don’t mind if I call you Joe, do you? I mean, I know you’re president of the United States and all, but I feel like we’re close.

Joe, you seem to have forgotten that I worked for you, for months. Even though I was way up here in Trudeaustan, unable to cross the border, I volunteered for you.

I was with you when you were seeking the Democratic presidential nomination, Joe, and everyone except me said you were going to lose. I worked for you when you defied all the nay-sayers, and won the nomination.

For months, Joe, I worked the phones for you. From my little farmhouse up here in Prince Edward County, I’d call voters all over the States for you. New Hampshire to Florida to California, and myriad points in between. I’d call, Joe. For you, big guy.

Did the voter need a ride to a polling station? Did they get the advance voting package from the town clerk’s office? Did they double-envelope it, and sign it, and mail it back? Were there any questions I could answer?

Hundreds and hundreds of calls, Joe. I did that for you. Because I have believed in you way back to 2008, when that young senator from Chicago picked you to be his running mate.

I have never doubted you, Joe — partly because you so reminded me of my former boss, Jean Chretien. But that’s a column for another day.

Anyway, Joe, since you became president, I’ve been good. I didn’t complain too much when you killed the Keystone pipeline, even though your country and mine both need it.

I didn’t gripe when you wouldn’t let COVID vaccines be shipped from America to Canada (we got a lot of ours from Europe and India).

But the border thing, Joe. I can’t let that one go.

This week, our toy prime minister announced that Canada would be welcoming fully vaccinated Americans starting Aug. 9. You? You sent out your press secretary to sniff that you wouldn’t do likewise. Said she: “I wouldn’t look at it through reciprocal intention.”

Seriously, Joe? Reciprocal intention? I mean, is reciprocal even a word? (It is, Kinsella. – Ed.)

OK, it may be a word, but it’s no way to treat your best friend and ally. We’re letting your fully-vaxxed folks in: why can’t you let in ours?

It’s not fair. It’s not scientific. Most problematic of all: it’s put me in a situation where I have to say something nice about Justin Trudeau and something critical about Joe Biden! (Told you, Kinsella. — Ed.)

Joe, your fellow Democrats in Congress want you to let us Trudeaupians in. So do Democratic governors and state legislators. So do chambers of commerce. So does everyone down there, with the possible exception of the GOP, which is as good a reason as any to let us in.

Look, Joe, we know you have a political problem. The Mexicans want the border reopened, too. But your predecessor, the Mango Mussolini, made the U.S.-Mexico border a hot topic. We get it.

So open it just to us, Joe. You have nothing to fear from Canadians. Even our hockey teams can’t beat yours.

I worked for you, Joe. I shed blood, sweat and tears for you. I believe in you, Joe.

But I need you to open up the border to us, big guy. If not for Justin, then for me.

I’ve got a Red Sox game at Fenway to get to, Joe, and I’m counting on you. Don’t let me down.

Yours faithfully, your humble volunteer,