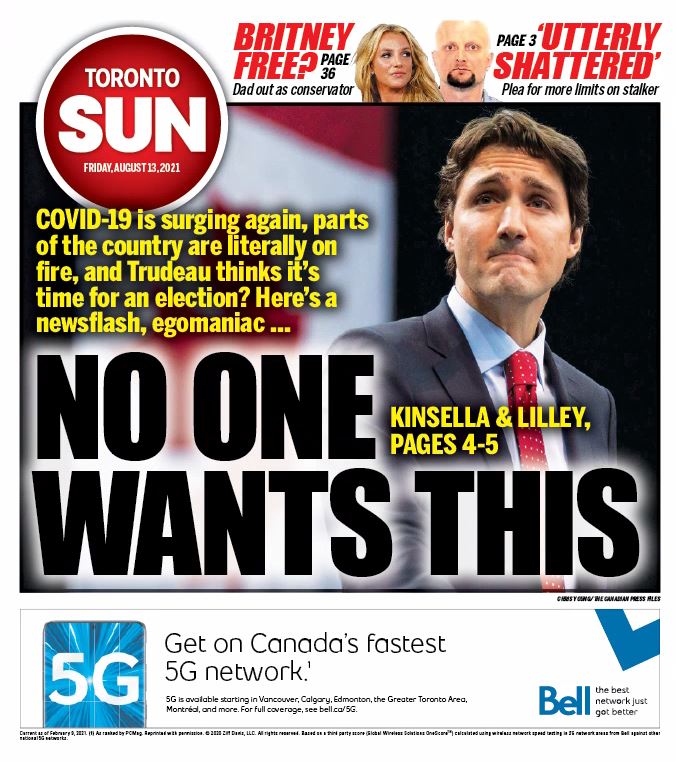 My latest: no one wants this election

And it’s been imposed on us by a Prime Minister who is unfit.

In Afghanistan, the people who helped saved Canadian lives when we had troops there desperately need our help – but Justin Trudeau is doing less than zero.  And his Foreign Affairs minister is refusing to rule out recognizing the Taliban as a legitimate government.

And the evidence was right there, for all to see. For months, his vaccine acquisition effort was an unmitigated fiasco.

Because the unElection has begun.