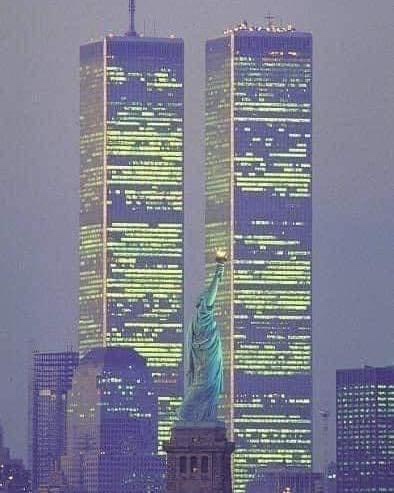 [Written twenty years ago this week.]

On a beautiful Sunday afternoon just over a week ago, when the rural Ontario sky was clear and cloudless and seemed to go on forever, my wife and I pulled our 20-month-old son from the water of Stony Lake.

Sam was not breathing, and his little face was blue. His arms and legs lay on the dock of our friends cottage, as still and white as tiny pieces of china. Somewhere, I could hear my wife screaming Sam’s name and mine. I cannot remember very much, but I know that I picked him up and cleared his mouth, and tried to push the water out.

A friend, who is a doctor in Ottawa and who had invited us to the cottage, arrived to perform CPR. After a half-minute or so – 30 seconds in which the world was utterly quiet – Sam started to cough, then cry, and then come back to the world of the living.

We still do not know how long he was in the water, or how the cottage’s side door became unlatched. Following two days at the hospital, it became apparent that Sam – somehow, inexplicably – was just fine. His parents, suffused with guilt and fear and a feeling of powerlessness, weren’t. In the journalistic shorthand favoured by some, it was a near-tragedy. To us, it felt like one. It still does.

Notwithstanding that, I decided it was time to return to work. Numbed by what had happened not 48 hours before, I slipped into my office in a downtown Toronto office tower on an unforgettable Tuesday morning. Within minutes, I learned another office tower in New York City – one containing people I and my colleagues do business with all the time – was facing a tragedy of an entirely different sort.

There has been an avalanche of words in the days since September 11, when unspeakable crimes were committed against you, the people of the United States. Out of all of the images, and out of all of the words, it must be difficult to know very much that is certain. So let me offer one modest certainty, from a neighbour who came close to the edge of an abyss last week, too.

We, your friends and allies in the country to the North, have been outraged, and shocked, by what took place on that Tuesday in New York City and Washington – and greatly moved by the heroism that has taken place since. We have cried at the images flickering on our television screens – and, in our schools and workplaces, we have talked of nothing else. Canadians are, from the Atlantic to the Pacific, profoundly affected by the attacks on the United States of America in a way that is as enduring as your great Republic.

We know, in our deferential Canadian sort of way, that you do not think about us very much, most of the time. (Given our relative population, and the relative degree of influence we wield internationally, that shouldn’t surprise anyone.) But in the days that have gone by since that Tuesday, I can testify to the fact that we have certainly thought a lot about you.

There were many Canadians working in the World Trade Centre on that horrible day, which is one of the reasons we have shared your rage and sadness and dread. But for Canadians, it is not enough to simply state that these outrages could have targeted us. From our perspective, they did target us. Our shared way of life, our systems of democracy, our methods of commerce. If terrorism is a method of creating fear by striking at symbols, we in Canada are no bystanders to all of this. Because many of our symbols are yours, too.

Our relationship with the United States is a complicated one, most days. We watch your television shows, but we sometimes feel our own slender culture is being overwhelmed by the giant to the South. We live more securely under the U.S. defence umbrella, but we sometimes feel we need to be more independent of you, in places like Cuba, or on issues like landmines. We marry each other, and heal each other, and teach other. But we are Canadians, we proclaim to the world, stitching maple leaf flags onto our backpacks, cheering what remains of our hockey teams. We are not Americans, we declare.

Well, in that terrible week – and this week, and I suspect in many weeks to follow – we became Americans, in a way. The attack on you was an attack on us. As our Prime Minister, Jean Chretien, said at a ceremony in Ottawa marking a national day of mourning – a ceremony attended by more than 100,000 people on Parliament Hill, the Mounties estimated – we are with you in this one, and right to the very end.

Our friendship has no limit, Mr. Chretien said in his speech, while addressing the U.S. ambassador to Canada, Paul Celucci. “Generation after generation, we have travelled many difficult miles together. Side by side, we have lived through many dark times. Always firm in our shared resolve to vanquish any threat to freedom and justice. And together, with our allies, we will defy and defeat the threat that terrorism poses to all civilized nations, Mr. Ambassador, we will be with the United States every step of the way. As friends. As neighbours. As family.”

I can report to you that our 20-month-old, Sam, is fine. He speeds around our home, chasing his older brother and sister, seemingly oblivious to what could have happened – what did happen. He survived his brush with finality and, eventually, so will his parents.

You will emerge from all of this, too – stronger, and more united, and filled with moral purpose. And if it matters at all, you should know that we Canadians will be there with you.

Always have been, always will be.