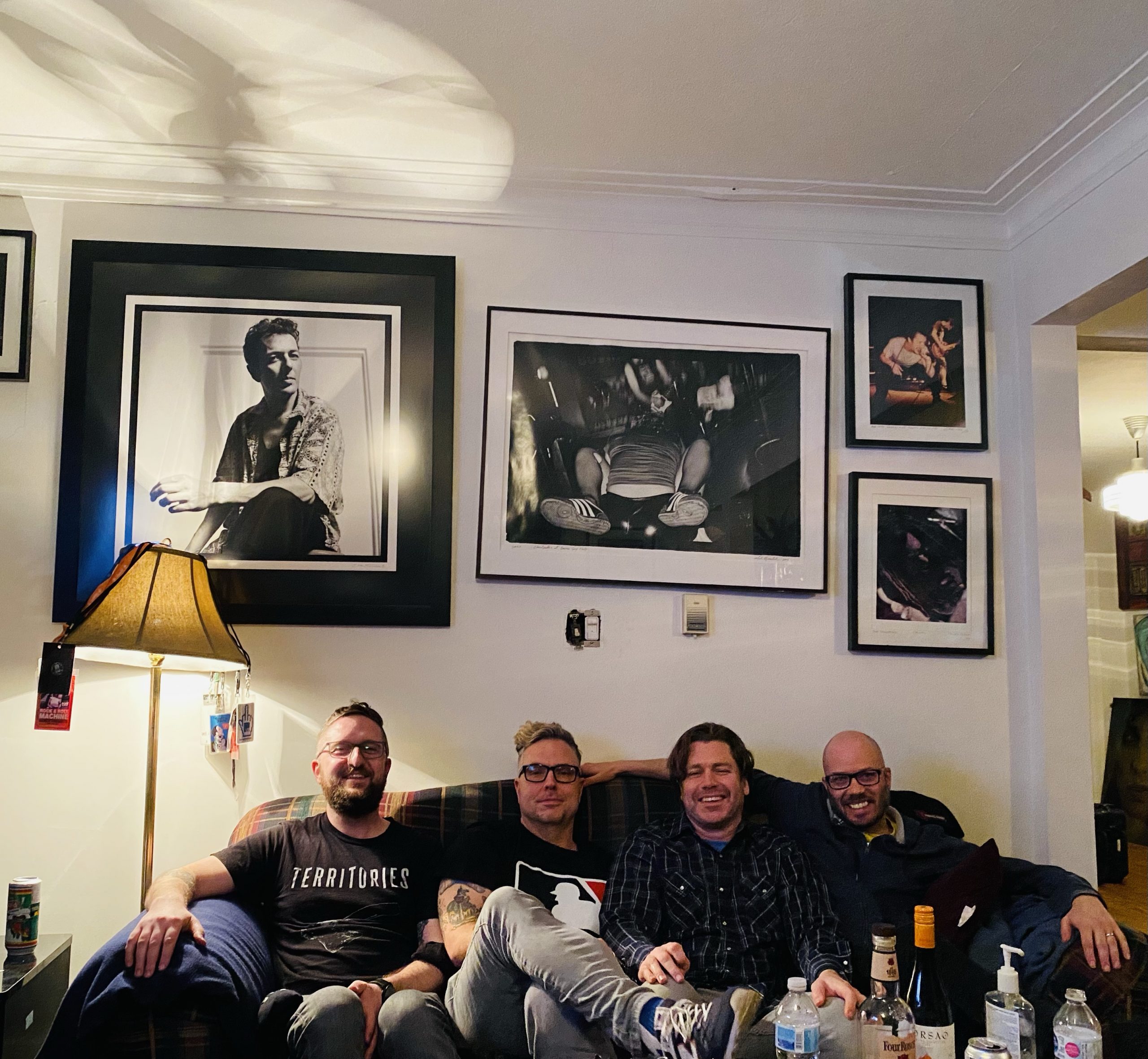 My latest: punk rock and the plague!

Pandemics aren’t a ton of fun.

The current one has caused economic chaos, political instability and no shortage of anxiety, planet-wide. For musicians and for those who promote live music, however, it’s been really, really — really — bad.

For months, musicians haven’t been able to make a living playing gigs — because, in the era of illegal downloading and low-return streaming, gigging is how most of them keep the lights on. Around 75% of their income is derived from live shows.

Meanwhile, the clubs and bars and arenas that offer shows haven’t been able to do so for 20 months, give or take. The World Economic Forum estimates that the music industry is worth around $50 billion annually — and half that figure, from live shows, simply evaporated when COVID-19 commenced upending our lives.

So, for Calgary punk rock legends Chixdiggit — and for the legendary Bovine Sex Club in Toronto, Canada’s own CBGB — their joint return, this past weekend, was really, really (really) good. It was the 30th anniversary of both the club and the band, and the Bovine was packed — with verified, fully-vaccinated punk rock fans.

“Alberta didn’t really have lockdown, but you guys (in Ontario) had a lockdown,” notes Jansen, the band’s frontman. “Not to get political, but we had a premier that kind of made us jealous of Ontario’s premier.”

Even so, the decision to play the 30th anniversary shows didn’t happen overnight, says Jansen, because the band, and the Bovine, wanted to do them in the right way. The safe way. At the Bovine on the weekend — where Yours Screwly was naturally in attendance, being a bit of a Calgary punk myself — I witnessed more security and screening than I’ve experienced anywhere else.

“The original 30th anniversary party was going to be 40 people in seats, sitting down,” says Fine, the club’s longtime owner, and the guy with one of the biggest Rolodexes in rock’n’roll. “It would have been less of a celebration. Conveniently, (Doug) Ford has opened us up and allowed us to be full capacity.”

Even with all the precautions they’re taking, Hansen and Fine agree that it was essential that Chixdiggit’s shows were hale, hearty and healthy. Says Fine: “We have a 100% protocol for vaccine passports. We’re checking everyone at the door, plus the Bovine has a 100% staff mandate for two vaccines. We’re not too nervous. And the fact that venues and bars are complying is helping Ontario succeed in lowering the case rate.”

“And that was a big part of Chixdiggit wanting to come out here,” says Hansen. “Alberta’s pandemic was handled very differently. When we looked at Ontario’s vaccination rate compared to Alberta, I thought, holy s***, that sounds like a paradise. So, if we were going to come back and play a show, we wanted to do it at the Bovine in Ontario.”

And what a show it was. Chixdiggit reminded all in attendance why they are considered Canada’s best-ever punk band. Their tunes — about girls, growing up and hockey — are catchier than a drawer full of fish hooks. And, at the Bovine over the weekend, they had the place rockin’ like it hasn’t in a long, long time.

“We want to put on a great show,” concludes Hansen, “and we want to keep everyone safe.”

And they did, on both counts.

— Warren Kinsella, who is older than dirt, was a member of Calgary’s first punk band, the Hot Nasties, and we’re not sure why we let him in here.