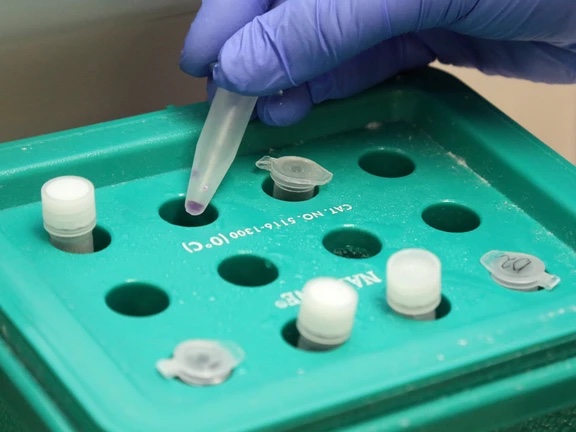 My latest: fear not, salvation is at hand

It’s likely that there have been fewer resolutions this time. Why? Because people have been hoping for a different kind of year. Because the resolutions they made a year ago didn’t work out so well.

You also know: There has been so much death — more than five million people, globally. Five million lives, snuffed out. The statisticians and epidemiologists figure that it’s twice that number, if not more.

And the sickness, so much sickness that it is beyond measure. Millions and millions and millions of people, made terribly ill. All of us know people who are still struggling, more than a year after the fact. We love them and pray for them. That’s all you can do, some days.

It’s terrible. It’s horrible. It’s so depressing and awful and sad. Will it ever end? As Ontario announces its millionth lockdown, as faith fades, it’s a fair question to ask.

So let me tell you something. My Dad — Dr. Doug Kinsella — was an immunologist. I remember him coming home, in Montreal, and telling us about this new virus.

They called it 3H, he said.

The “3H” were those who had been disproportionately targeted by the new virus: Haitians and heroin users and homosexuals. They didn’t have a name for HIV/AIDS, yet. But my father told my brothers that it would kill millions of people around the world before we would know how to deal with it. And it surely did.

But he also told us this: that, through our ingenuity and our science and our sheer determination, we always conquer these things. We push back the awful Black Tide. We prevail, in the end.

We will prevail with the Satanic COVID-19 virus, I think. My Dad isn’t here, now, but I believe that he’d tell us that.

I think it will take another year, at least. I don’t think we are out of it yet. Persuaded by Pulitzer-winning health writer Laurie Garrett, I’ve always believed it would take at least three years to prevail over COVID. To get back to some semblance of what we once had.

Personally, I’m amazed that I haven’t gotten it yet. Truly. At the start, I said publicly (and say again) that I would not be placed on a ventilator. That I was determined to die differently.

I still feel that it is going to catch up to me. It’s been nipping at my heels, and I can feel it’s icy breath, and I’m pretty sure it will catch me.

I have no science or reports or columns of statistics to show you, to convince you. I just believe that we will prevail, in the end, because we must. Because we have no choice. Because we have to live. We have to keep going.

That is not a resolution for 2022. That is not a prayer. That is my prediction for the twelve months that lay ahead of us, which are already looking like a battlefield.

We will win. We will beat this. Believe it.

And you and we will meet at the other end – me maybe in spirit – and we will have a drink together, and we will toast our resilience and our strength and our determination and our grace.