…and the Clerk of the Privy Council applying raw muscle, too. I’m sure it’s all nothing. Here.

Oh, and all the rich white people from Toronto didn’t like how the Indian girl had opinions about what should happen to her own people. How dare she! Here.

Useful #LavScam timeline by @CochraneCBC. Suggests for the first time that it wasn’t just Butts – Telford was involved, too. https://t.co/laTXNADv8v pic.twitter.com/MqrRDBPYKe

…and, as she almost certainly expected, they’re leaking it. They’re waiving the privilege all on their own. And thereby helping her to get her story out.

Man, she is smart. They’re playing checkers – and she always plays chess.

Former attorney-general Jody Wilson-Raybould told federal cabinet ministers she believed it was improper for officials in the Prime Minister’s Office to press her to help SNC-Lavalin Group Inc. out of its legal difficulties, sources say…

On Tuesday, Ms. Wilson-Raybould privately outlined her concerns about the handling of the SNC-Lavalin prosecution to her former colleagues within the confidentiality of cabinet, freed from the bounds of solicitor-client privilege that have restricted her public statements so far.

According to a source with knowledge of the cabinet discussions, Ms. Wilson-Raybould said the director of the prosecution service rejected a negotiated settlement with SNC-Lavalin based on how the law applies to the company’s case. The Liberal government had changed the Criminal Code to allow for deferred prosecutions in which a company admits wrongdoing and pays a fine, but avoids a trial. Under Canada’s new deferred-prosecution agreement law, prosecutors are not allowed to consider national economic interests when deciding whether to settle with a company.

Once prosecutors decided in early September to move to trial, Ms. Wilson-Raybould told cabinet she felt it was wrong for anyone – including the Prime Minister, members of his staff and other government officials – to raise the issue with her, the source said. Another source added that Ms. Wilson-Raybould would not budge from her position at the cabinet meeting.

The Liberal source said government officials had also proposed an outside panel of legal experts to recommend a solution to the SNC-Lavalin issue, but Ms. Wilson-Raybould rejected the suggestion. 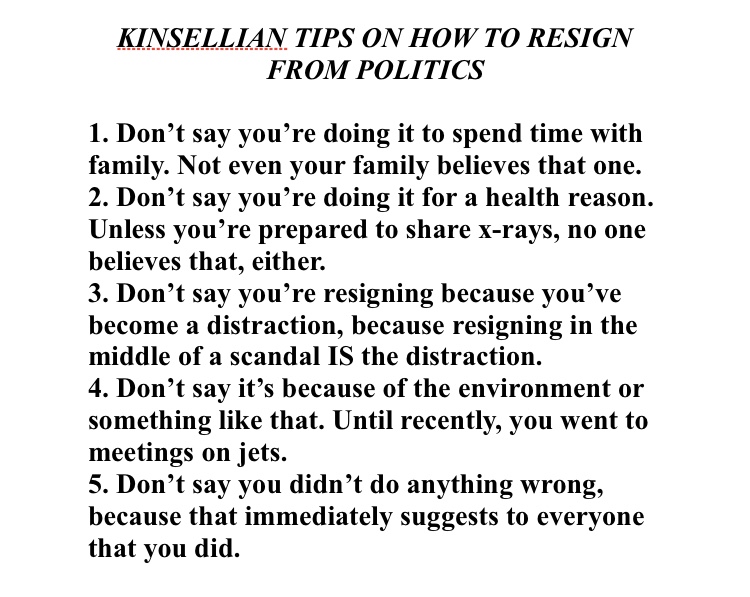 Hearing a poll is coming.

Hearing that the pollster started fielding before #LavScam erupted.

Hearing the pollster was also in the field for two days afterwards – and caught plenty of the negative reactions Canadians are feeling.

Hearing that there has been a significant shift – and not in a good way for Justin Trudeau.

If Justin Trudeau won’t relieve Jody Wilson-Raybould of her lawyer’s obligation to maintain confidentiality – and if he plans to fight any inquiry into the #LavScam obstruction of justice scandal – we all know what that means.

It means the Nixonian coverup has started.

The Star has the story today, and they’re leading with it.  It’s important.  And it calls to mind what Howard Baker said about Watergate-style cover-ups, and he’d know: “It is almost always the cover-up rather than the event that causes trouble.”

OTTAWA—The Liberal government appears likely to block opposition efforts to probe allegations of political interference in the criminal prosecution of SNC-Lavalin, while insisting that discussions on the matter with former justice minister Jody Wilson-Raybould were above board.

Justin Trudeau’s government will not yet waive solicitor-client privilege, which would give Wilson-Raybould latitude to speak about the allegation, nor will it permit a parliamentary committee to proceed with its own investigation, the Star has learned.

Wilson-Raybould has remained silent since the Globe and Mail reported Thursday that senior officials in the Prime Minister’s Office pressed her to seek mediation instead of pursuing criminal charges against SNC-Lavalin.

The former justice minister — who was moved from her post in January — has refused to confirm or deny the allegations, saying she is bound by solicitor-client privilege.

A senior government official, speaking to the Star on the condition they not be named, said Saturday that the government will not waive the privilege — as demanded by opposition MPs — because SNC-Lavalin’s potential criminal trial remains before the courts. A second government source confirmed that the potential criminal trial, as well as SNC-Lavalin’s appeal of prosecutors’ denial of a mediation deal, makes waiving privilege unlikely.

Nor will the government agree to demands by the Conservatives and New Democrats for an emergency meeting of the Commons justice committee to summon Wilson-Raybould and Trudeau’s top political aides to testify publicly on the affair, the senior source said.