My God, what a genius he was. Miss him.

Who knows.  But he’s in, he says. Here’s a quickie take on MacKay, pro and con.

I bought this shirt 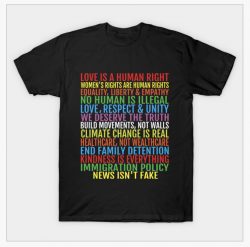 KINSELLACAST 90: Mraz, Adler and Kinsella on Iran, Canada and America

Everything is fine. Nothing to see here. Please move along. pic.twitter.com/lGLcjaUFfl

‪WE GET LETTERS: wherein I am exposed doing “globalist” work for Mr. Soros‬ 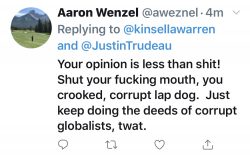 I am proud of the Prime Minister

Crises change leaders. Some for the good, some not. @JustinTrudeau has been changed by the Iran crisis. He’s shown exceptional restraint, judgment & empathy. He’s looked more Prime Ministerial than at any time in his tenure. I am proud that he is the PM at this time. #cdnpoli

Me on Adler: on Iran (who are liars), on Trudeau (who has done well)

…and on Daisy’s (and our total elections exoneration), and Rush, too.

Look who responded to one of my tweets. Look.

I can now  die. As per Star Fleet protocol, I request a space burial. 

My God, this is so awesome. 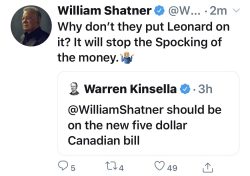