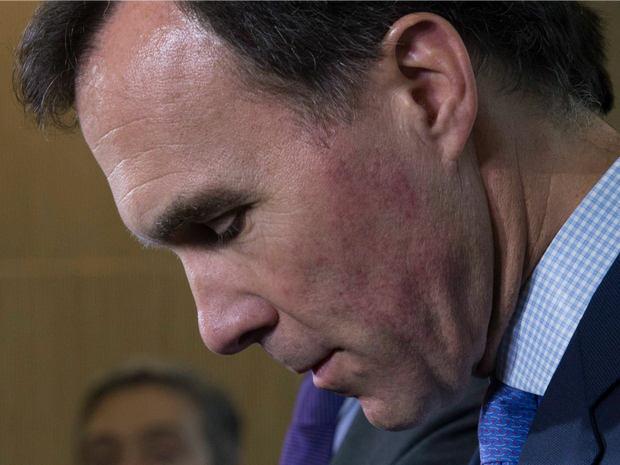 Have the Conservatives scored on Morneau?

I don’t think so.  It’s been bumpy, to be sure.  But – at the end of the day – the Finance Minister is still standing.  And the government would still win as many seats today as they did in 2015.

Warren Kinsella, president of Daisy Consulting and a former Liberal strategist including to former prime minister Jean Chrétien during his time in opposition, said he thinks the Conservatives have misplayed their hand in calling for Mr. Morneau’s resignation last week.

“You don’t haul out your leader to demand a resignation unless you’ve got all the proof you need to justify that, because you can’t make that request twice,” he said. “Their evidence was kind of a lot of the same evidence that they’ve been rolling out for some weeks…where’s the smoking gun?”

Mr. Kinsella said he thinks while Mr. Morneau has been “knocked around” by the opposition’s line of attack, he thinks calling for the minister’s resignation at this point “actually hurt Scheer.”

“They called for an investigation [by the ethics commissioner] and before it’s even complete they’re demanding the resignation,” he said.

The Conservatives for weeks have levelled criticism and questions over Mr. Morneau’s ethics disclosures, and now the sale of Morneau Shepell shares. Mr. Kinsella said he thinks the sustained, intense focus in part comes down to a lack of positive movement in polls.

“A new leader is supposed to have a honeymoon [in the polls]—Scheer didn’t get one,” he said. “They needed to take a swing.”