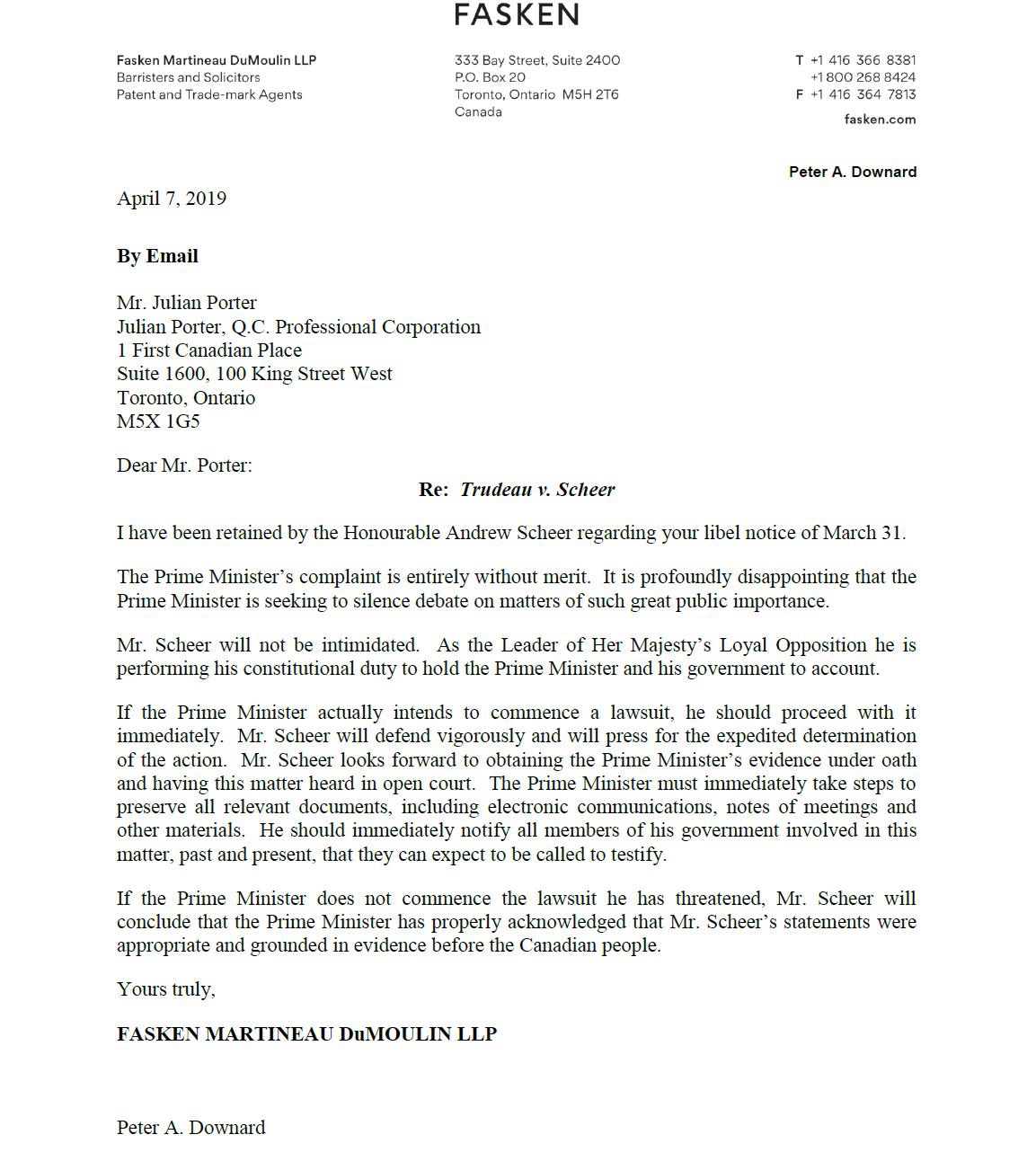 1. He looked and sounded Prime Ministerial. Moreover, most Canadians want Trudeau gone; the election is therefore now a referendum on whether Andrew Scheer is up to the job.  Moments like these suggest he is.

2. Justin Trudeau is clearly attempting to libel chill any public discussion of Lavscam.  It won’t work.  With this SLAPP suit, the Liberal leader looks scared.

3. Trudeau has given Scheer an opportunity to re-state, and re-affirm, the criticisms that pretty much everyone has: namely, that Trudeau and his senior staff pushed for a sweetheart deal for a sleazy donor to the Liberal Party. In my opinion, they broke the law. I dare them to sue me, too.

4. Scheer’s press conference also reminds Canadians that Lavscam is about something else that is important: Justin Trudeau brutalized three amazing and accomplished women, two of whom are minorities, simply because they were whistleblowers.  He claimed to be a feminist; he claimed to be ethical; he claimed he would reconcile with indigenous people.  The principled actions of Jody Wilson-Raybould, Jane Philpott and Celina Caesar-Chavannes have shown everyone what Justin Trudeau really is, which is a hypocrite and a fucking liar.

5. Julian Porter should stick to writing coffee table books about art and wine.