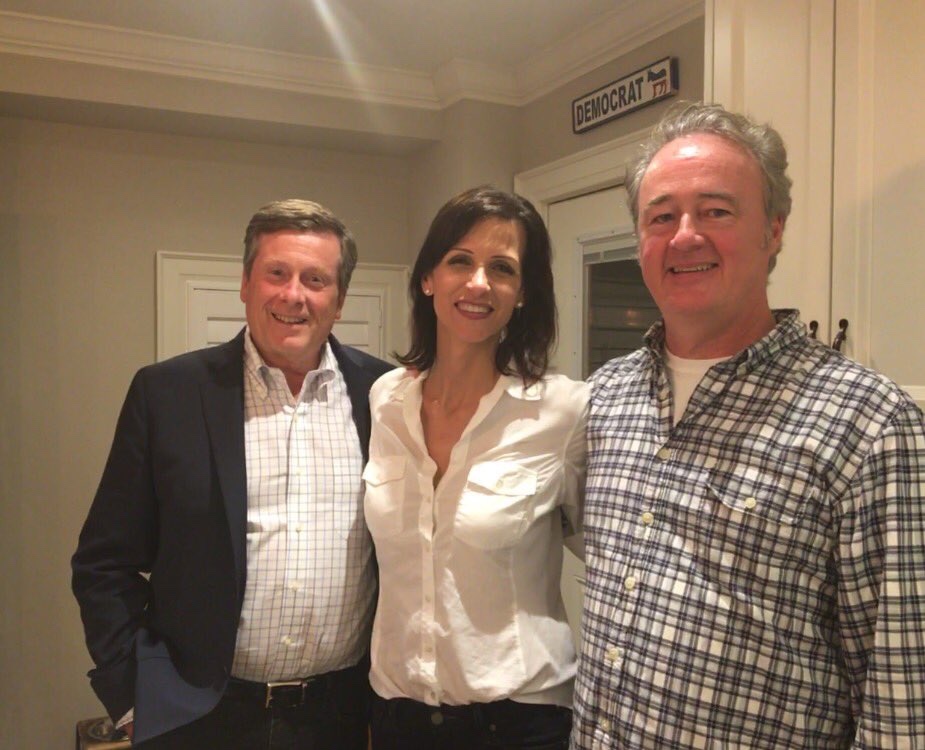 Tory is the best Grit

Here’s a poll that will rock Toronto and Ontario politics. And it is not a bad idea. At all.

It could take a Tory to topple the Tories and lead the Liberals back to power, a new poll suggests.

Toronto Mayor John Tory, a former Progressive Conservative leader who left that party five years ago, would be the front-runner in the undeclared Ontario Liberal leadership race, the Corbett Communications survey found.

While Premier Doug Ford’s Conservatives would win an election held now with 35 per cent support — ahead of the Liberals at 27 per cent, the NDP at 25 per cent, and the Greens at 12 per cent — a Tory candidacy for the Grits could jolt the political landscape.

“He changes the whole dynamic for everybody,” veteran pollster John Corbett said Tuesday.

Those surveyed were asked “which one of the following potential candidates would you be most likely to support for the Ontario Liberal Party.”

Tory was at 41 per cent, compared to Liberal MPPs Mitzie Hunter and Marie-France Lalonde at 4 per cent apiece and former minister Steven Del Duca and MPP Michael Coteau at 3 per cent each.

Of the remaining respondents, 36 per cent were undecided and 9 per cent preferred “another candidate.”

In a general election scenario, the Liberals led by Tory were at 32 per cent, compared to Ford’s Conservatives tied with Andrea Horwath’s New Democrats at 27 per cent apiece and Mike Schreiner’s Greens at 12 per cent.