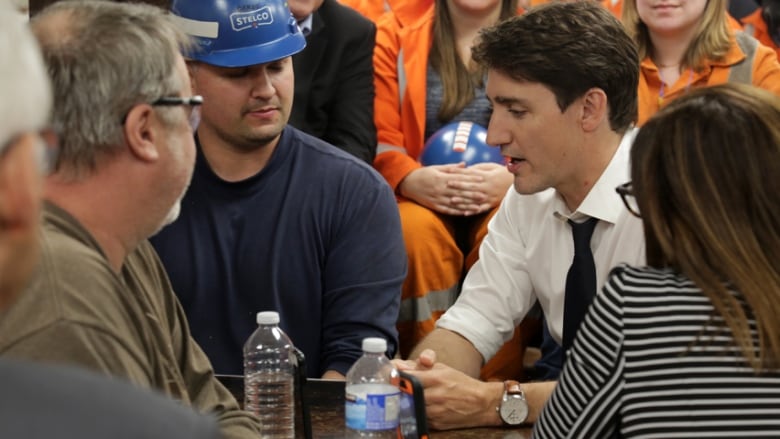 The Liberal Prime Minister’s was so proudly unintelligible, so defiantly incomprehensible, it instantly went viral, supplying fodder for dozens of anti-Trudeau memes across the Internet for the next 100 years.  It was mocked and maligned from coast to coast to coast, including by people who actually still sort of like Justin Trudeau.  Heck, the clever Sodastream beverage people even put together an ad about it, with the tagline: “Justin, just say Sodastream.” Trolled by a big international company: ouch.

It reminded all and sundry that Gerald Butts has indeed left the building, and that Justin Trudeau has started to sound like Tom Hanks in Forrest Gump, except way worse.  Or Zoolander, even, but on a bad day.

How did the oxymoronic brain trust in Trudeau’s PMO not see that coming?  How did they not supply the Actor-In-Chief with an answer to one of the three most enduring political questions, namely: “Do you practice what you preach? (The other two being: “What did you know and when did you know it?” and “Why did you party on that boat with a bunch of topless co-eds?”)

Since it is becoming evident that Chief of Staff Katie Telford and Liberal campaign manager Jeremy Broadhurst couldn’t communicate their way out of a moist, environmentally-friendly paper bag, it is incumbent upon the rest of us to provide Prime Minister Chewbacca Socks with some communications guidance.

Anyway.  Will Justin Trudeau listen to all that excellent free advice?  Not on your life.

Because, these days, there’s no one who personifies the phrase “single-use plastic” better than the guy who, you know, made the announcement.