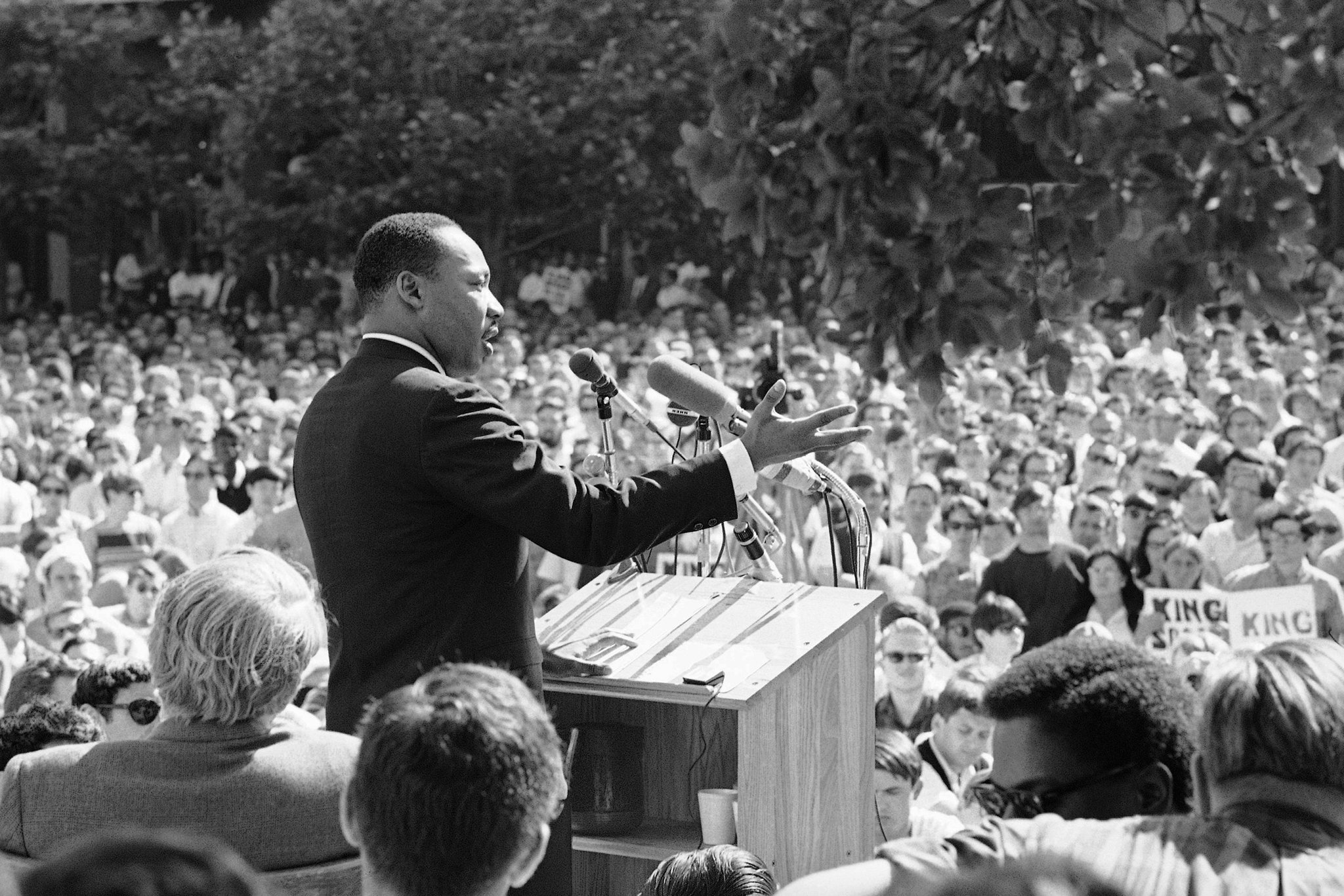 Today, more than half a Century ago, Martin Luther King was murdered by a racist in Memphis.  Dr. King was a giant of a man, the one who – as I wrote in Fight The Right – anticipated the message at the core of the Occupy movement, among other things.  While his message continues to resonate across the decades, racial hatred continues unabated, too.

I was a kid, and my family was living in Dallas when he was assassinated. I remember it; I remember how scared we were, how it seemed like the end of decency, and the start of something terrible. It was, too.

So. It’s April 4, so many years later, and here is some of his most remarkable speech.  Surveying the racists who still crowd the public stage in the U.S., I don’t think we will see the likes of him again.