Yesterday’s wee post, linking to Don Martin’s Post column, generated quite a bit of commentary about my friend Jean Chrétien.  Some of it was highly, highly critical.

Comments are open.  And be very, very careful what you say about my friend Chretien.  I’m not at all afraid to find out where JC-haters live and, if warranted, terminate with extreme prejudice. 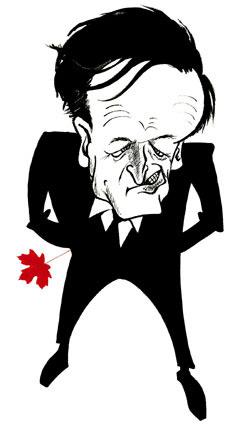 Rebecca Ramone and SFH this Friday!

We’re opening for Rebecca, who is terrific and doesn’t actually sound like the Ramones.  We of SFH valiantly try to, however, so you’ll have all Da Brudders bases covered. 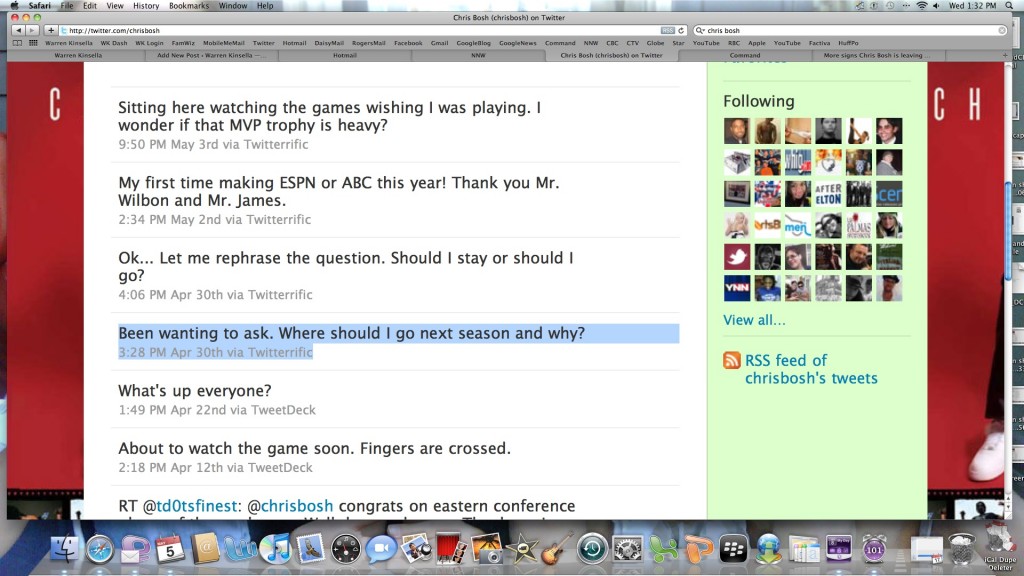 This makes me super depressed.  Shoot me now, someone.

Slowly but surely, Chris Bosh is giving Toronto the kiss-off, and causing a minor Twitterquake in the process.

The Raptors’ all-star forward – at least, that’s his designation until July 1, when the NBA declares open season on players out of contract – changed his location from Toronto to “Everywhere” on his Twitter account, and removed a biography section that noted his status as Raptors captain. Meantime, his website was listed as down for maintenance on Tuesday morning. 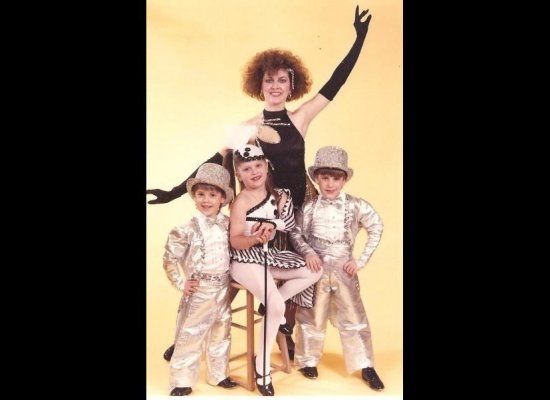 …and we have a winner! Charlie Angus, come on down!

Now, it pains me to say this about Charlie, because he is a fellow aging punk rocker who dabbles in politics. He’s a good guy and usually pretty sensible.

But this bizarre attack on the CBC, just to get at Kory, is dopey. It’s foolish. It’s boneheaded, fatheaded, thick, cloddish, doltish, dense, dim, dull, dumb, obtuse, gormless, unthinking, nitwitted, senseless, soft-witted and witless. (I’m on a roll, baby! Someone pay me to go on a TV panel, fast!)

Charlie, baby, people on panels get paid all the time. Hell, I was in Ottawa yesterday, and the smart and savvy NDP guy to the left of me (natch) was paid, just like I was to punditize the peoples. I don’t recall him tearing up the cheque.

Going back more than a decade, in fact, I have been paid to be on political panels on TV. One that paid me, all the time, was on CBC and it was called Counterspin. It’s host was an incredible, brilliant guy named Avi Lewis. He’s the son of a guy named Stephen Lewis. You may have heard of him. Perhaps Avi’s grandfather, too – David. He led your party for a while, there.

If NDP politicians think there’s something to be gained by attacking the public broadcaster for having the temerity to provide balance in its programming, knock yourselves out. Blow your brains out, Team Stupid. It’ll do wonders for the coverage/exposure you get. Just you watch.

In the meantime, make sure you send back all the fees your representatives have been paid to appear on various shows over the years. And don’t forget the interest – it’ll be substantial!

Unfortunately, the only way to remove a Senator is to force him or her to resign. So, in 1998, Senator Andrew Thompson resigned after Prime Minister Jean Chretien removed him from the Liberal caucus. (Between 1990 and 1997, he’d attended only fourteen Senate meetings.) The “Tequila Senator,” you may recall, faxed his resignation from his villa in Mexico. Good riddance.

Nancy Ruth, the Conservative Senator who has told NGO’s to “shut the fuck up,” is also a disgrace. Her leader, the Conservative Prime Minister, must kick her out of caucus – or, failing that, explain why he won’t.

Nice guy, too. Excellent taste in web sites, as well. 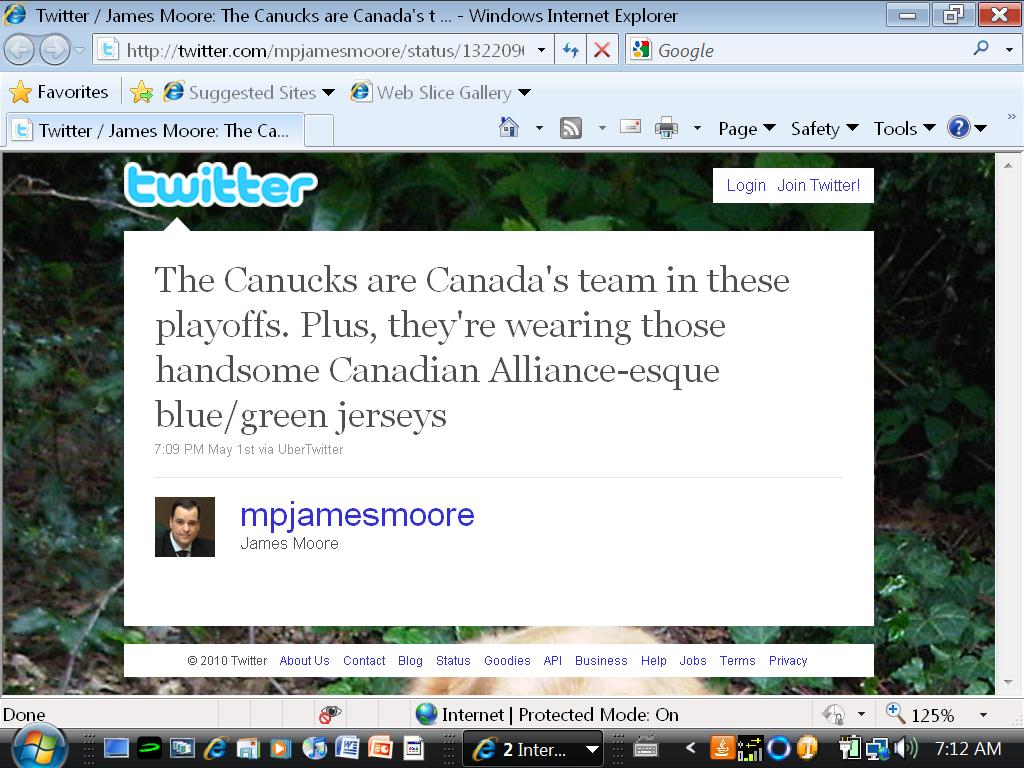 Rosie Barton is hunting me

In the meantime, here is part of the speech I’ve scribbled out at…wherever it is that I am!

“…We Liberals, meanwhile, have a few points to make, too. They are the kinds of arguments that public opinion research tells us gets a lot of heads nodding, too.

For example: Mr. Harper, you divide and conquer to stay in power. You say you want to clean up politics, but then you let things like Rahim and Helena happen. You say you are the best guy to handle the economy – but you’re the same guy who turned a record surplus into a record $60 billion structural defcit.

You are the guy who is increasingly out of touch with Canadians – and who is secretive, and autocratic, and who acts like he is the President of Canada.

Canadians, most Canadians, know you by now. And most of them don’t like what they see…”