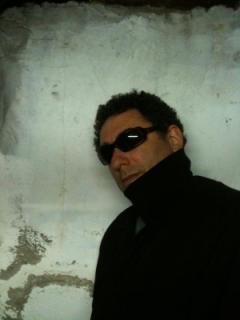 And David Shiller – a.k.a., Davey Snot, the Thriller Shiller – wins.

Toronto lawyer David Shiller, who defends the bubble-blower in the original video, has offered to represent those facing legal action free of charge.

“His case in a very, very real sense threatens peoples’ right to comment on the police conduct at the G20, and that is undeniably a very important and controversial public issue,” Shiller said.

Shiller stumbled upon the bubbles incident while on a stroll through his Parkdale neighbourhood, and said what was captured in the video is only a small part of a greater display of force he describes as “frightening.”

“For a billion dollars, I could’ve got someone with a better attitude,” he tells Const. Josephs in the video, referencing the highly-criticized price tag of the G8 and G20 summits.

Our punk rock brother is all grown up!  He’s using big words and everything!

The confrontation between Davey and Officer Bubbles, wherein he does us proud, is here.   That’s him at about the 1:20 mark.