Abacus? Who? Isn’t that a kid’s toy you count with, or something?

That was my initial reaction when I heard about the firm that came up with this doozy: 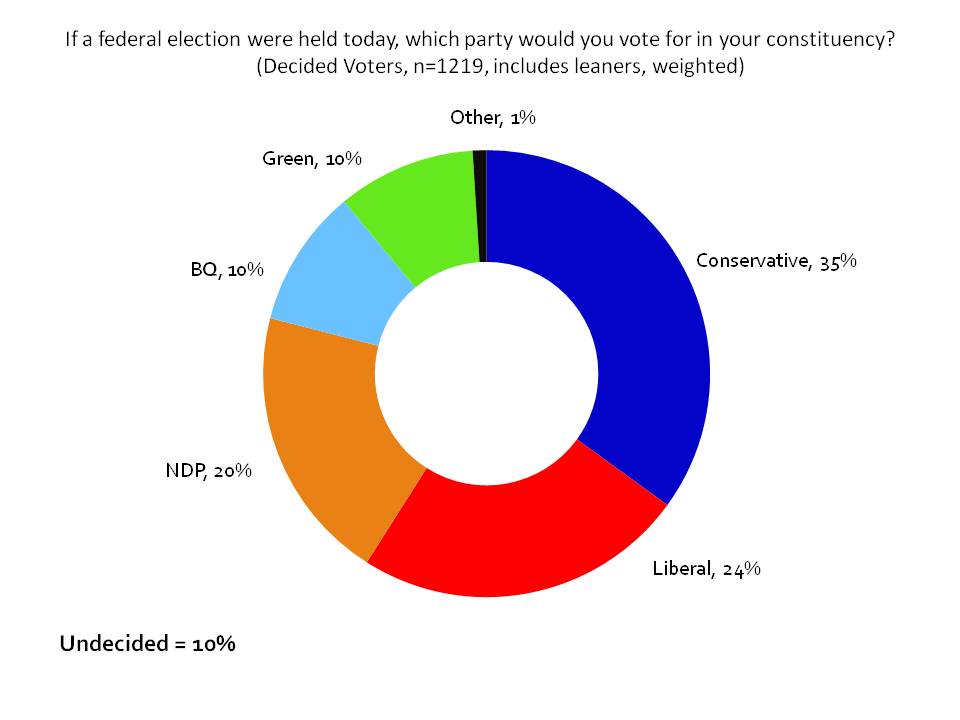 I was skeptical for a few reasons.  One, I hadn’t heard of Abacus before.  Two, it was a bit out of whack with what others have been reporting in recent months.  Three – if true – it means we are heading into a Spring election, but nobody’s body language (currently) suggests that is in any way possible.  Four, if the NDP is that close to the federal Liberals – and, frankly, after Bob Rae’s disastrous Afghanistan decision, I wouldn’t be surprised to see our left-flank vote collapse – we could be seeing the beginning of some truly historic changes at the federal level.  Five, the Liberal Party of Canada slipping below 25 per cent – the lowest of the low – is a full-on, five-alarm disaster.

However, as my Sun Media colleague David Akin has reported, Abacus is no bucket shop (despite the fact that they are seemingly fronted by Doogie Howser, Pollster).  Abacus is affiliated with Summa, which is one of the most reputable G.R. shops in the country (and, full disclosure, with which my own firm has happily worked in the past).  Messrs. Powers, Armour et al. are top-notch, and serious players, to boot.  So Abacus, by extension, needs to be taken seriously.

The numbers themselves are, as I say, a bit inconsistent with recent voter intention surveys.  But, as the brainy Calgary Grit points out in his regular poll round-up (in which he includes Abacus as the “new kid on the block,” and which I only noticed just now) they’re not so inconsistent as you might think.  Add a little to the blue side, trim a little off the red side, and: presto! Unmitigated disaster (from my perspective, anyway).

The fact that Nanos was postulating something similar on Monday does little to improve my now-gloomy holiday mood.  In his expert view (but for different reasons), a majority is indeed within Harper’s reach.

The solution?  Well, it’s not getting rid of the leader, for starters.  The moment such a move is made in earnest, the Reformatories will concoct a pretext for an immediate election.  Ignatieff has earned the right to lead the party in the next election, notwithstanding what I (and many others) think about his senior staff’s acumen, or the total absence of a ballot question.  Or policy.  Or, or.

So what to do? What dost thou thinkest, gentle readers?  Is there a ballot question – or a strategy – left that the federal Liberals can grasp onto?  Something that will forestall Armageddon, or even (somehow) carve out a minority government?