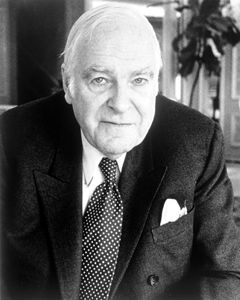 “Aug. 4, 1984. That was the first time I can recall seeing Sen. Keith Davey up close. It was one of those hot, humid Ottawa Valley afternoons and, among other things, the Liberal Party of Canada was in a freefall, the campaign manager had quit, and things were rapidly going from bad to worse.

We – the majority government, the natural governing party – were going down the toilet. So Davey, ever the Grit optimist, agreed to step up. To try to save the unsaveable.

I, and a few dozen other Liberal national campaign staff, had gathered in a boardroom in our national headquarters in downtown Ottawa. We huddled there among the heat and the fax machines (such was modern campaign technology in 1984) and we waited.

Davey bounded into the room, well-attired, well-groomed and exuding energy. “I am a Liberal!” he said to us. “I was a Pierre Trudeau Liberal and now I’m a John Turner Liberal! And we are going to win this thing!”