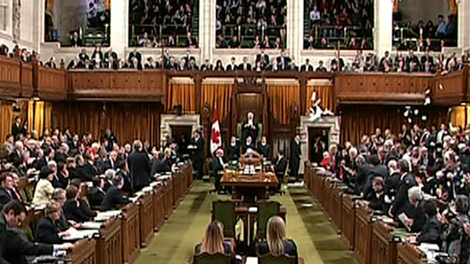 OTTAWA – The federal Conservative government has been defeated on a confidence vote in Parliament, setting the stage for a May election.

[And note this: WTL:  According to the BBC, this is the first time in Commonwealth history that a government has been held in contempt. #CndPoli ]