In today’s Sun: the crusade against the colonel

“Imagine, for a minute or two, that you are Libya’s Moammar Gadhafi. What are you going to do?

You are hunkered in your family’s compound, in Tripoli’s Bab al-Azizia barracks, with nowhere to flee. You are trapped. For weeks, your mercenaries had been beating back disorganized pro-democracy insurgents, mercilessly wiping them out with superior military might.

And then, early Sunday, U.S. President Barack Obama and his western allies — including Canada, whose former prime minister, Paul Martin, had just a few years ago come to Libya to sing your praises — did what you never thought they’d do. They attacked Libya.

They declared war on Libya, in effect, and declared they would not stop until you were dead, or deposed, or both.” 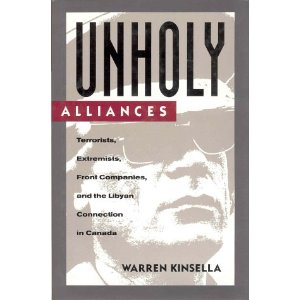