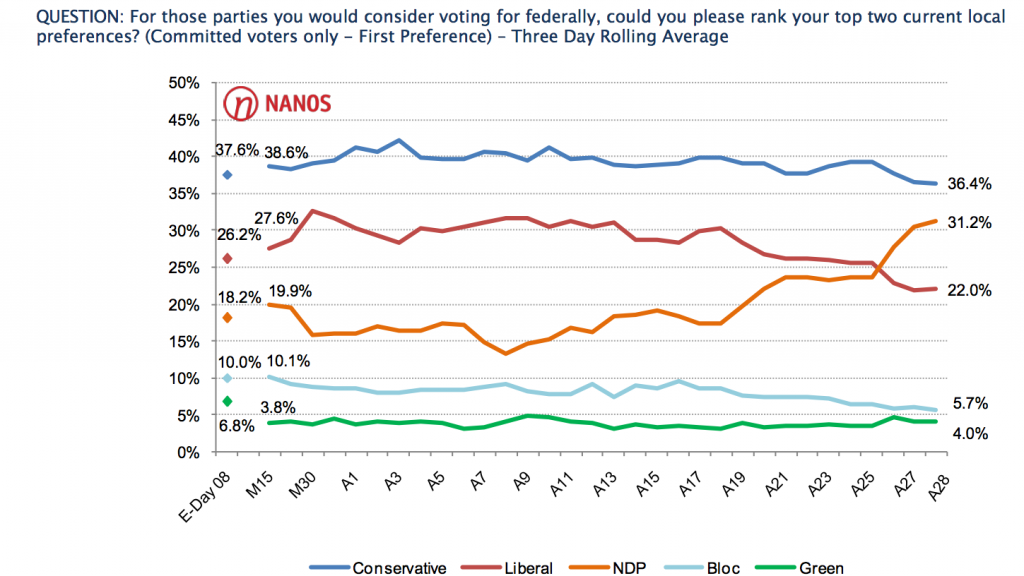 Personally, this one delights me.  If accurate, it means (a) a Conservative majority is toast and (b) we are perhaps closer to a Liberal-Democrat party (for reasons I shall explain shortly).

Now, the poll/ads blackout commences shortly, does it not?  So it’s a good time to get everyone on the record, in what promises to be a very volatile weekend. And, as regular reader Art Williams suggested, we need an open election prediction thread – wherein you get to offer up your prognostications about popular vote, seat projections, majority/minority, or any combination thereof.  The person(s) who is closest the actual result on election night will receive a signed copy of The War Room, and a personally-delivered invite to my next book launch (also about politics, surprise surprise, and also well underway).

So, predict away, wk.com readers!  Now’s your chance to make sense of the senseless!