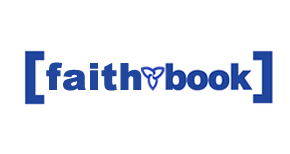 Spotted by the always-vigilant Paul.  You need to read all of this.  And, yes, we noticed.  Hudak has not explicitly renounced the funding of private religious schools, even though Ontarians have.  I rather suspect this is going to come again today, because more and more people are noticing, too.  Over to Paul:

Tim Hudak’s Progressive Conservative party suffered a crushing defeat in the Ontario provincial election of 2007 due primarily to a promise to extend taxpayer funding to privately owned and operated religious schools. Yet, for the October 6, 2011 election, the PCs have again put faith – a firm belief in something for which there is no evidence – at the foundation of their entire election platform, titled ChangeBook. Though down-played in the express wording of ChangeBook, faith-based budgeting, faith-based climate-fighting, and – though neither the Liberals nor the mainstream media have yet noticed it – eventaxpayer funding for faith-based schools form the substantive core of Tim Hudak’s platform, which – especially given ChangeBook’s obvious reference to FaceBook – would more appropriately be titled FaithBook.