Andrea Horwath gets asked about the $100,425 of taxpayer money that went to the NDP’s corporate entity – the Ontario Cornerstone Leadership Corporation.

Here’s what she says to the Sun this morning: “It has nothing to do with me…the corporation is a separate entity…It’s an independent organization…”

Here’s a quote that may jog Andrea’s memory.

“Welcome to the Cornerstone Campaign – a new initiative to purchase a permanent Ontario NDP headquarters, fund our pre-election activities and finance the 2007 election.”

Speaker?  That would be Howard Hampton, Horwath’s predecessor as leader of the selfsame Ontario NDP.

Not enough?  How about this: all eight members of the Ontario Cornerstone Leadership Corporation board of directors are super-duper close BFFs of Andrea Horwath.  All of them.

Still not enough? Here’s a snap taken by someone at the international ploughing match last week.  On the right, a smiling Andrea Horwath.  In the middle, two guys I don’t particularly care about at the moment.

And on the left?  That would be Sandra Clifford, the Ontario NDP’s president.  And, also, president of Cornerstone. 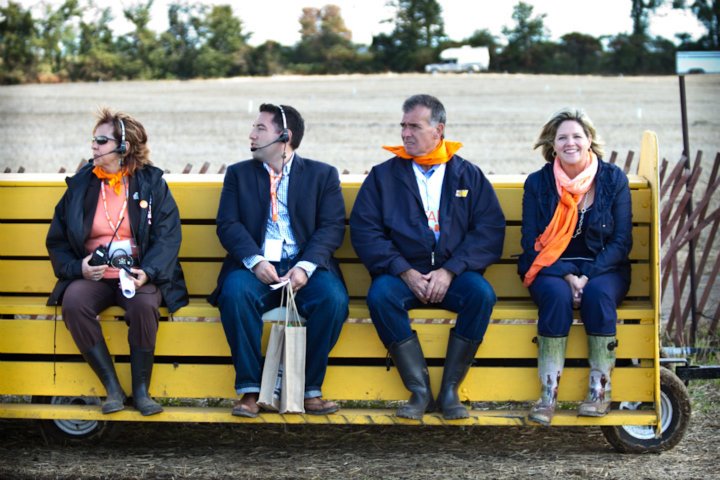 Far left (as it were): Sandra Clifford, Cornerstone prez. Far right: Andrea Horwath.  They totally don’t know each other.