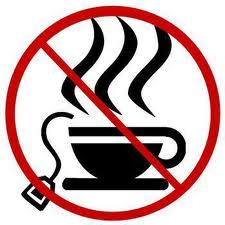 “What is interesting is that the Toronto Sun, which actually ran fake stories in the federal election just to support their Conservative friends, feels compelled to speak out against Hudak.

It’s not like they’re driven by integrity to evaluate Hudak’s plan honestly.  We can only assume that the conservative editors of the Sun are genuinely unimpressed with Hudak’s performance, enough so that they’d actually argue against him to the detriment of the conservative cause.”

Two things.  One, I don’t think it’s fair to simply tag the Sun, for which I write as a freelancer, as wholly uncritical of Conservatives and conservatives.  In the year I’ve been writing for them, they haven’t once – not once – asked me to remove or moderate a criticism of any conservative hobbyhorse.

Two, and increasingly, I’ve been hearing/reading conservative blogs, etc. which have been decidedly unenthusiastic about Tim Hudak.  The choice issue is a good example of why.  Pro-lifers genuinely feel like he has equivocated on his previous pledge to defund abortion – while pro-choice folks feel that he’s being dishonest with them, too (cf. he “may have” signed a petition to defund).

In the past few weeks, Hudak’s been criticized by Ernie Eves (on the Tea Party stuff), John Tory (on a plethora of issues), and he’s been offside with Bill Davis (disrupting a Davis speech) and Mike Harris (attacking alternative energy, in which Harris’s firm has invested).  The list goes on and on.

The guy is blowing the PC coalition to bits, from top to bottom.  What’s amazing is that he’s doing it on the eve of an election.