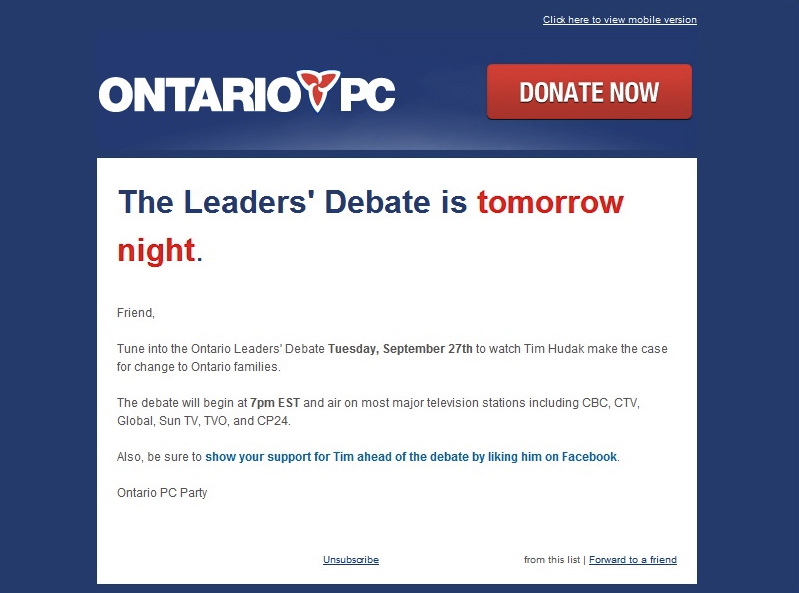 Does Tim Hudak Know When the Debate Starts?

Toronto – – How badly is Tim Hudak’s scrambling campaign in disarray? They don’t even know when to send their candidate to the televised Leader’s debate.

This evening the PC Party sent an email note to their members, telling them to tune in to the Leader’s debate. “The debate will begin at 7pm.”

Oops! Just one problem. The debate starts at 6:30pm.

Whatever the reason, memo to the PCs: the debate starts at 6:30pm. Tune in for the whole thing and watch Dalton McGuinty outline his positive plan to keep Ontario moving forward, together.